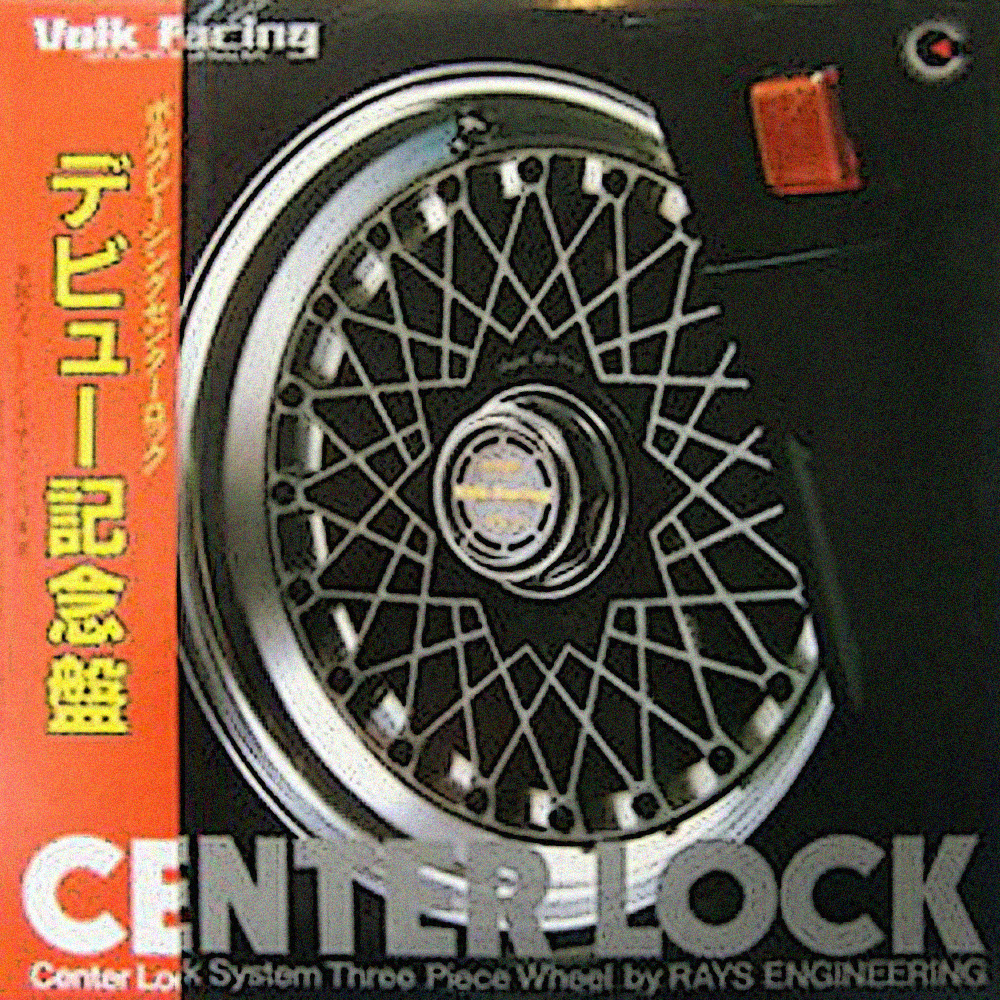 While hunting for Kyusha Shoe paraphernalia, I recently stumbled upon something I never imagined existed.  The first image found was this look at a Volk Racing Centerlock.  I imagined that it was sourced from a catalog, or advertisement.  However a closer look revealed that it was actually… 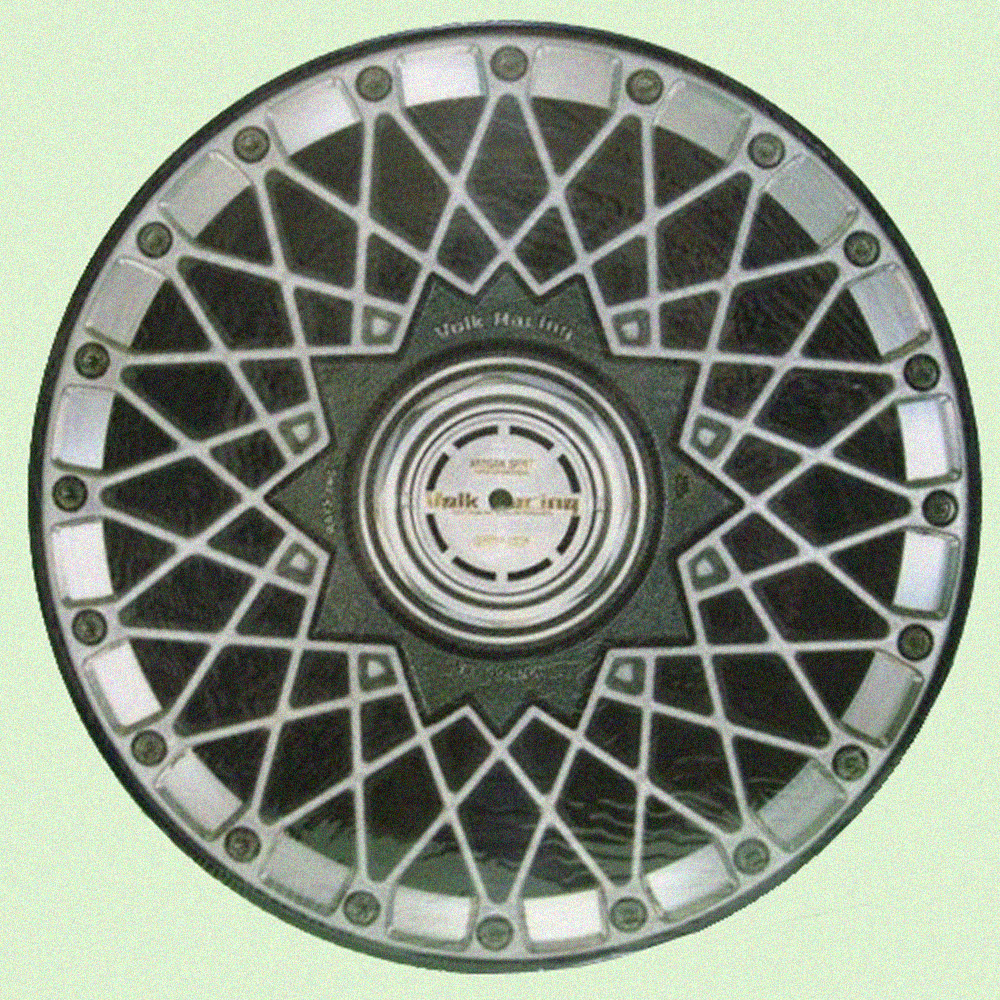 An album cover for a vinyl record… circa 1982… to celebrate the debut of the Rays Engineering Volk Racing Centerlock wheel.

The track list is composed of great car sounds and commentary on races and racers. 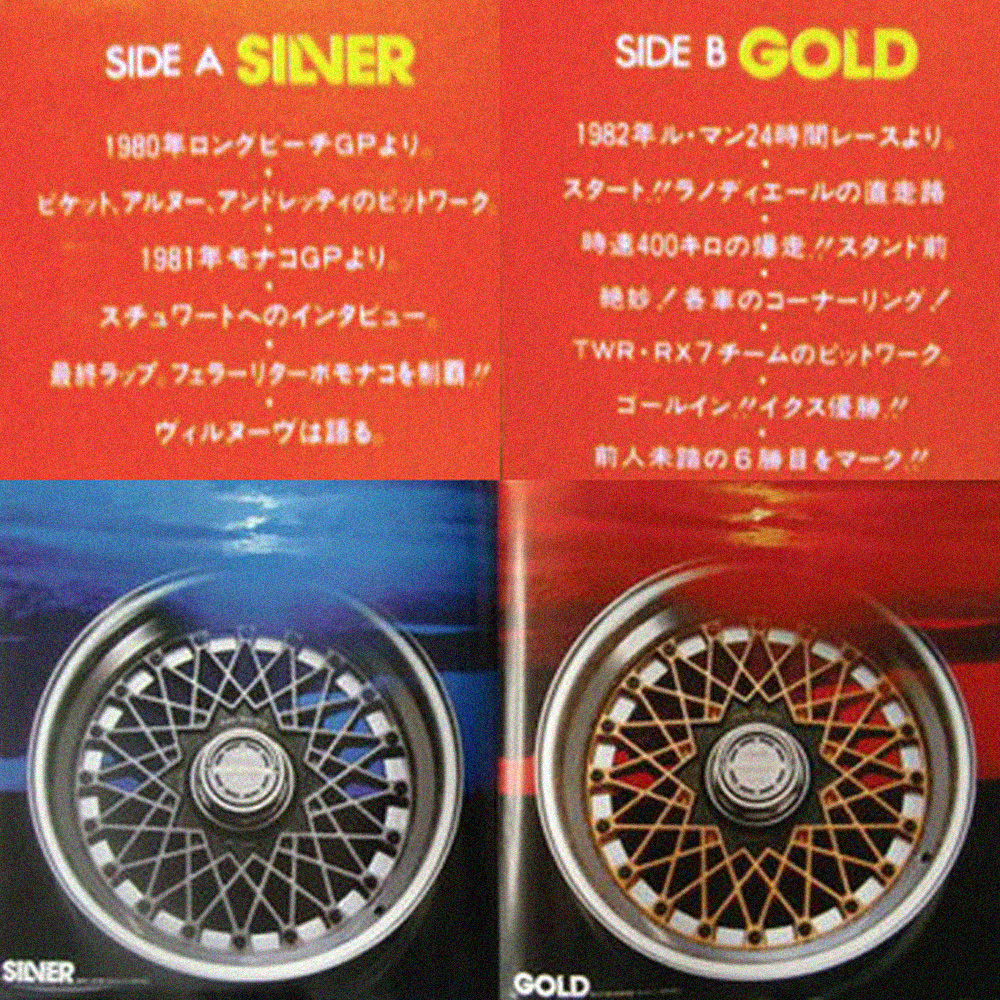 It is somewhat disappointing that its not really Rays Engineering specific content, but for the race enthusiast at the time, this would have been something very special.

Found on a yahoo auction archive site, this amazing find sold for less than a single of my favourite onigiri. 100円！ Yes, I imagine that not many people are searching through the music category for car stuff. View the expired auction details here.  I regret that I missed it… even if gaining the ability to play it would have required a considerable investment.