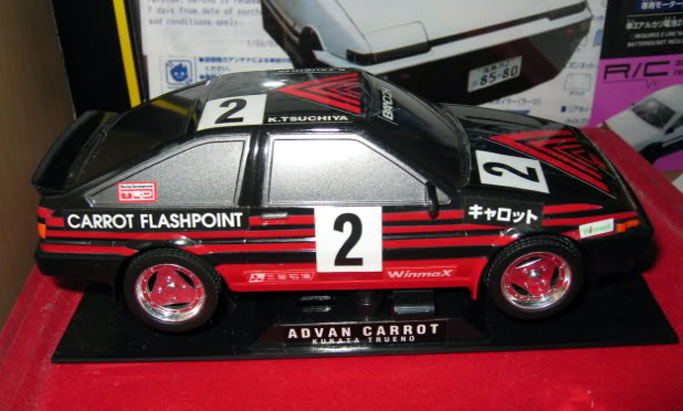 I’m crazy about showa era Advan wheels, but I’m not really sure why. Certainly the Carrot Flashpoint Trueno driven by Keichi in the late eighties is a part of why, but more than that Advans have a long history in Japanese racing that dates back to the early seventies. That’s about all I can rationalize. Maybe they are just something I’ve been able to call my own: while lots of people run the common A3A, nobody seems to have looked for Advan’s rarer offerings. I like it when I can be different, so I’ve set out to collect old Advan wheels: particularly the A3 series. The wheels below are all built using the same shells, and that means a couple things. First, they are all available in the same sizes. Age determines exactly what sizes those are, but some sizes seem to have been available every production year: 14 6J +6, 13 6J +6, 14 7J 0 for example. Secondly, it means that all these wheels are very similar in weight, and they are pretty light for a mass production wheel that is now at least twenty years old, and sometimes even FORTY YEARS OLD! 14 6j wheels are about 4.5kg.

On with my collection and… my never ending search???

The A3A is the most famous and common of them all… so much so that people often call 3 spoke wheels of other manufacturers A3A’s, and even more people call any 3 spoke Advan wheel an A3A. There are actually two different versions of the A3A, with the difference seemingly production date. The A3 designation is shared with a number of Advan wheels… but evidence suggests that the original A3 wheel was in fact the A3A, produced as early as 1979and distinguishable from later A3A’s with the word “Racing” stamped underneath Advan. The later models (pictured) have only “ADVAN” stamped on the wheel face and were produced until early 2000.

The A3B – Does it exist? Typical Japanese logic and progression suggests that it does. Certainly, if it does it is the rarest of all the Advan A3 series. I’ve never seen a set and I’ve been looking… For like six years. What does it look like? How many spokes does it have? I imagine it’s a four spoker, and that’s why I’m still searching.

It’s hard to place a value on this stuff. I’ve never seen A3C’s on a car besides my own, but that’s probably because no one else is into this like I am. After the A3A, this is the next most common wheel in the series, but even friends in Japan barely believe me when I tell them what it is. Usually they ask if they are something from Hoshino… I guess that’s why they almost never sell for more than 一万円 on auction.

No… it’s not an A3A. See the differences?? At one point the A3D was as common as the A3A, but demand as really soared lately and most of them seem to have left Japan. I’m still searching myself.

And the most sought after of them all… the A3E. The fact that these are SOO rare is what encourages me to continue searching for an A3B. In 10 years of wheel searching Yahoo Auctions I’ve seen five individual A3E’s for sale, and that’s all. No sets… ever. I barely believe they exist, and yet they do. A3B, if you’re out there, call me. I have some money.