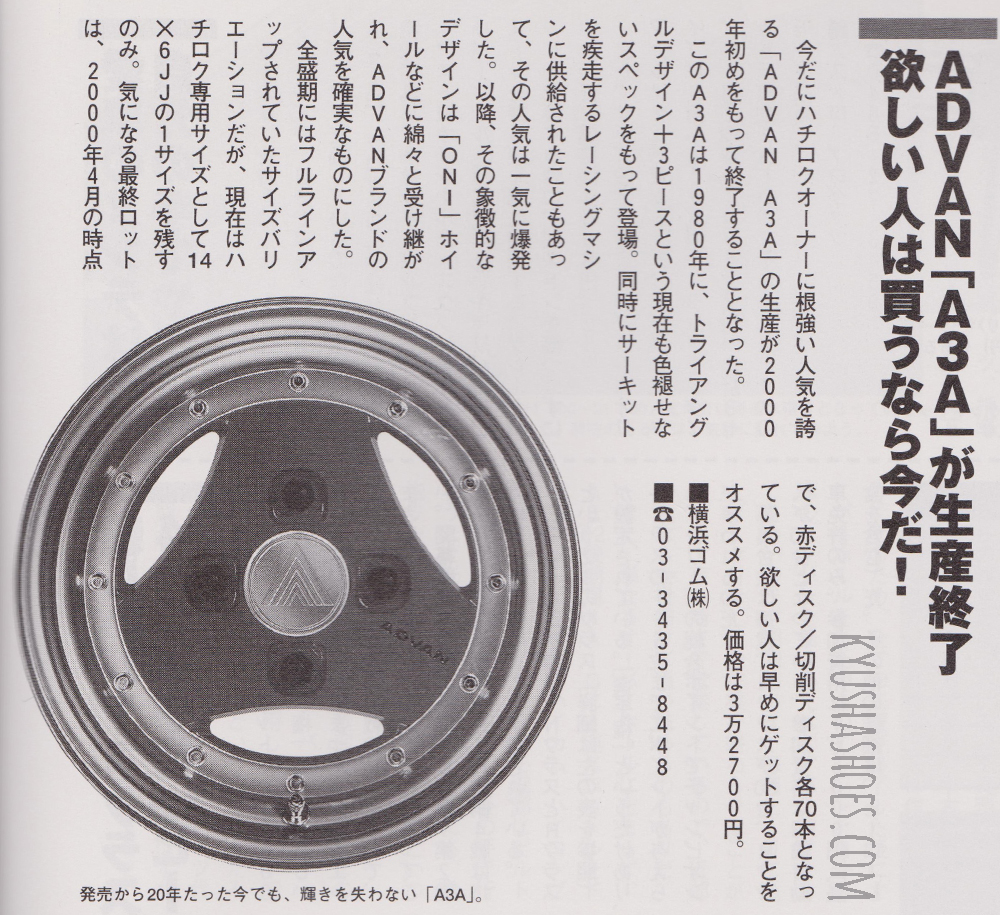 The Yokohama Advan A3A is one of the great kyusha shoes. Having owned several sets myself, it is very close to my heart. This is a note about them published in the year 2000, inside of Hyper Rev Volume #48. With my crude translating skills, the note reads as follows…

Now the wheel, that boasts a deep rooted popularity amongst Hachiroku owners, the Advan A3A, will cease production in early 2000. This A3A with 3 piece triangular design, in 1980 was said to be a style that would not fade. At the same time, use on racing machines and sprint circuits led to an immediate explosion of the wheels popularity.  Later this iconic design was passed down to the Oni wheel, securing the popularity of the Advan brand into the future. In the wheels heyday, there was a  full line up of sizes, but now, there is only one size dedicated to Hachiroku: 14 6J. For those who care, the last production will be April of 2000.

It’s now been more than 35 years since the A3A was born, and almost 16 years since production ceased… These are finally starting to diminish in used marketplaces and prices are slowly on the rise.  Long live the A3A!