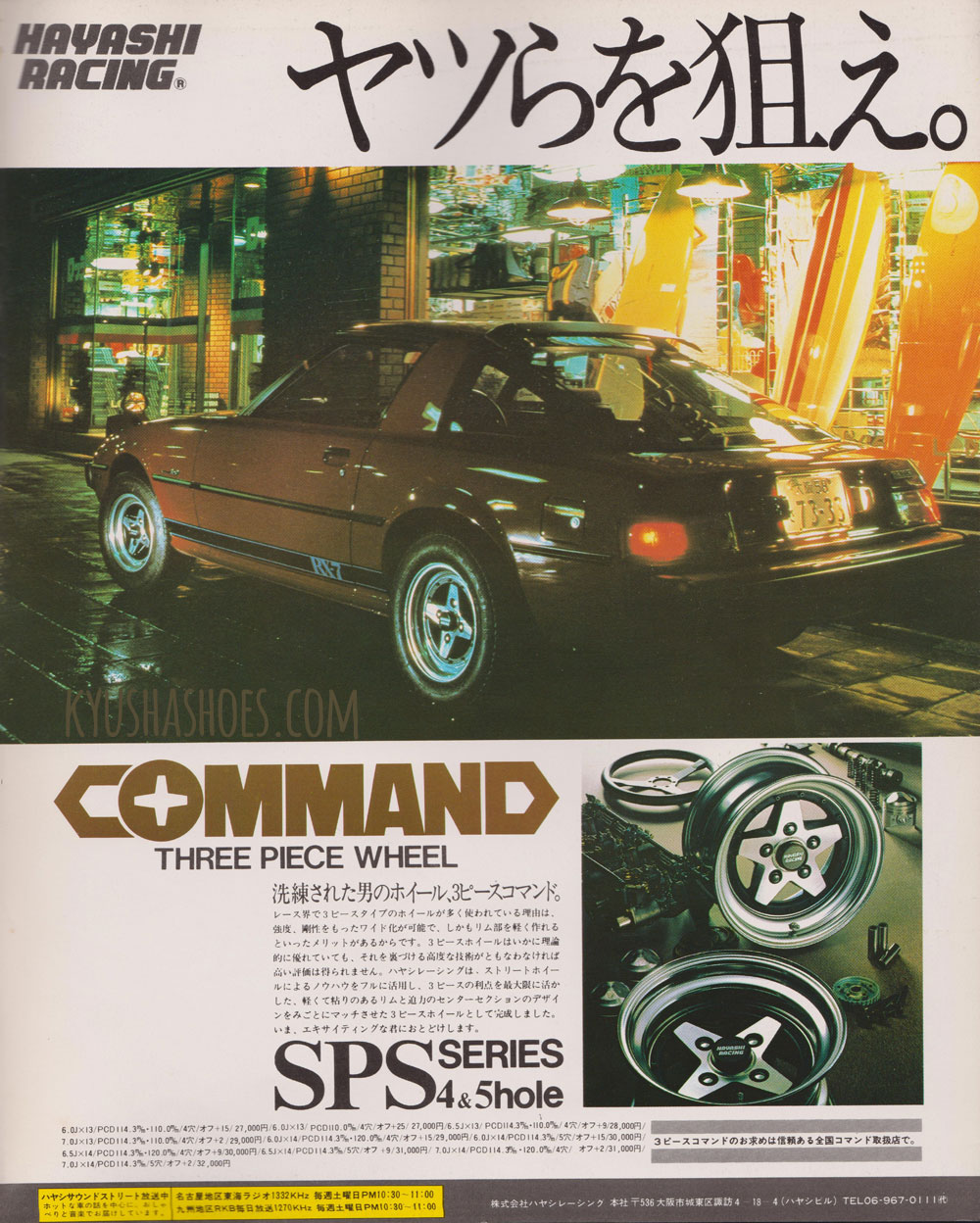 The wheel of a sophisticated man: 3-piece Command.
In racing, a 3-piece wheel has merit because, strength and rigidity and lightness can be maintained while making the rim wide. A 3-piece wheel however, though theoretically superior, cannot achieve a high rating unless it is accompanied by advanced technology.  With the know how that came from our Street Wheel, we can take full advantage of the benefits of a 3-piece design. With a light and stiff rim, and impactful center section design this splendid 3-piece wheel was completed! Now it is exciting to be able to deliver it to you!
Available at authorized retailers.
As this advertisement from 1979 suggests, the first three-piece wheel ever to come from Hayashi Racing was the popular Command SPS.  This step to modular construction came relatively late compared to other wheel makers.  Of all the major brands, only Yokohama moved later.
The appearance of the Command was fairly simple, with slightly tapered, flat and chunky spokes.  The back of the centres however, had deep cutouts, and a minimalistic appearance which suggests that weight savings were prioritized.  As the advertisement says, the Command did offer considerable weight savings over the one piece cast Street wheels.  In 1979, a 14 7J Hayashi Racing Street was a robust 6.3kg.  In comparison, an identically sized Command SPS is 5.75kg. Neither are what we would consider lightweight today, but 0.5kg was a meaningful savings over the Hayashi Street which was nearly a decade older than the Command. 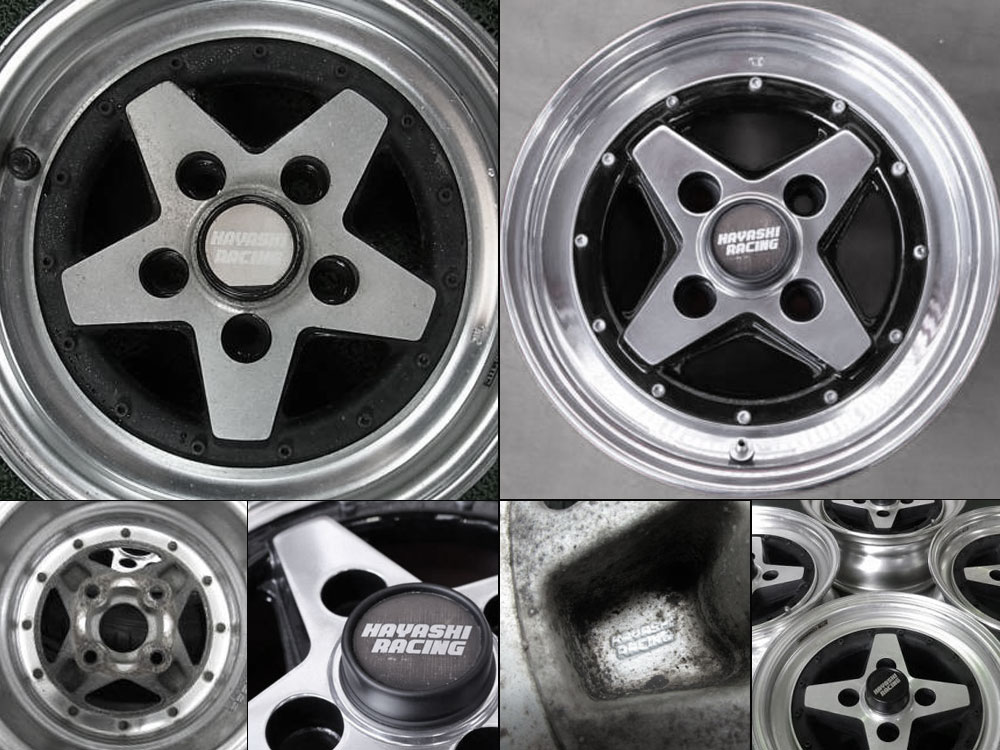 Available sizes were 13 and 14inch diameters only, with 5H, five spoke versions in 14″ PCD114 only.  Four spoke wheels were available with PCD from 110-120mm.  In used markets, ultra aggressive 10J widths can be seen from time to time, although catalog references list 8J with -10mm offset as the maximum size. Shell construction is shared with the ultra-rare Command Mesh. Thirteen inch sizes use 12 assembly bolts, while 14 inch uses 16. Center sections were front mounted. 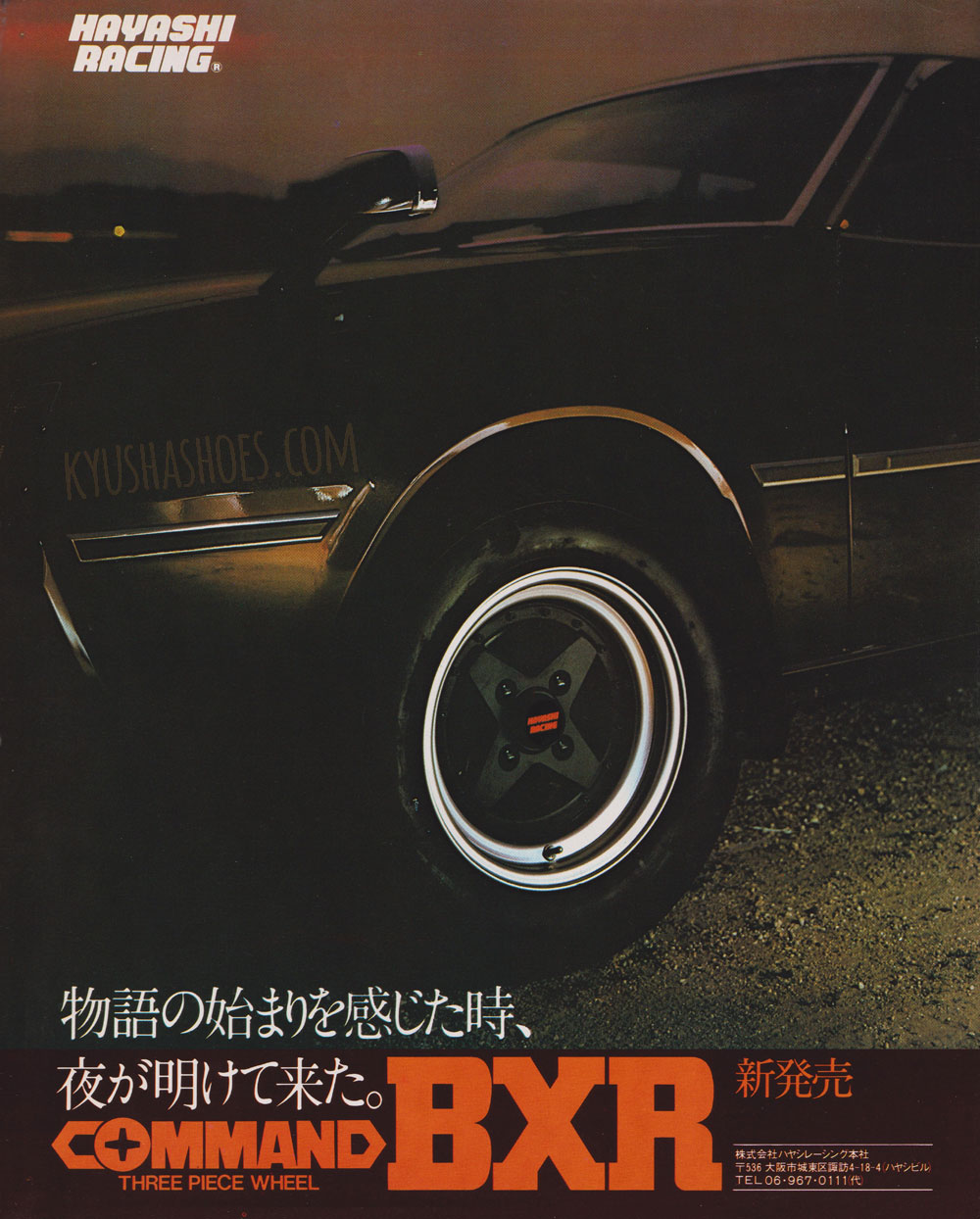 The Command SPS was a popular wheel at the time despite carrying a price that exceeded much of the competition.  Only recently, have they moved from the “common” category to the “very rare” category in used marketplaces.  The SPS is the most popular Command wheel, and features a centre section that is silver, with black trim.  The more rare Command find however is the Command BXR which is an identical wheel, with an all black centre, and its own unique model designation.

When you felt like the story was just getting started, the sun came up.
New Release
Command BXR Three-Piece Wheel

Gotta smile when big companies not only acknowledge touge action, but try to get buyers pumped up about it.