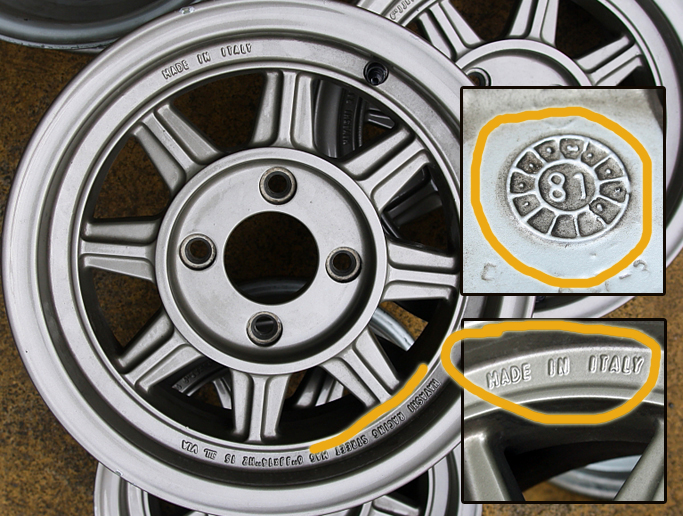 Last month a reader shared with us his Italian made Hayashi Streets.   An interesting find for sure, and enlightening, as we discovered that the stampings on the wheel back and face were identical to those used by Italian manufacturer Campagnolo.  With many wheel manufacturers of decades past deceased, stampings are sometimes the only clues we have to identify unknown wheels, but as we see here, even these stampings can be misleading and confusing. 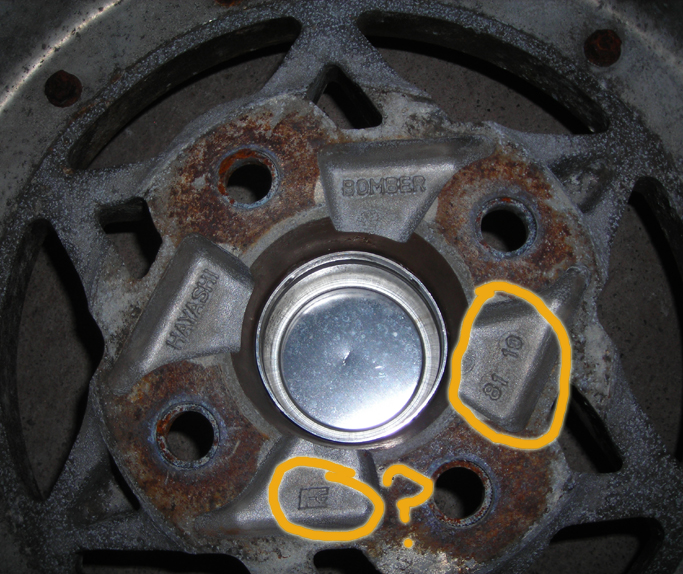 This Hayashi Bomber for example, was produced only one month after the Street above, but features very differently formatted stampings.  Here the date of production in October of 1981.  Note that the stickers on this particular wheel marked them as being a 1982 model.  Even more interesting is the other logo stamped on the wheel, which I’m sure indicates the actual manufacturer.  In this case, I recognize the logo from other wheels, but can’t actually place it. 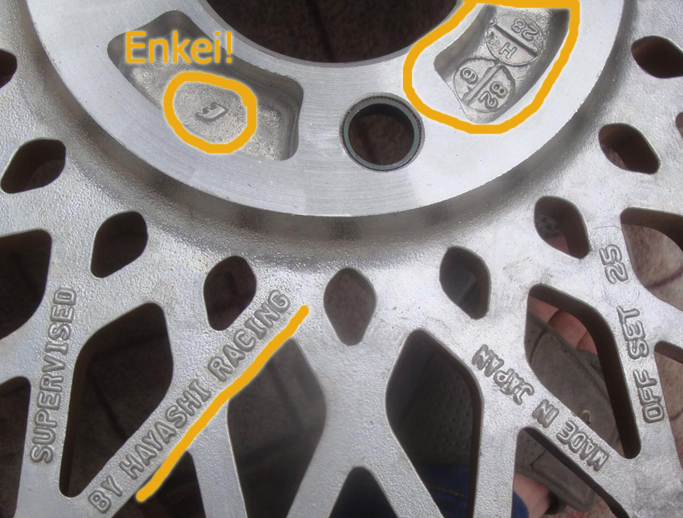 And then there are these TR-Mesh, produced 8 months later and marked clearly with the Enkei “E”.  Also not the wording “Supervised by Hayashi Racing”.  Doesn’t seem simple at all.  Note that here, that date stamping is a two digit year over the month (82/6).  In similar format we also see (H/28).  It is unclear what this second stamping indicates, but perhaps a model or production code.  To this day Enkei wheels still have the same markings.