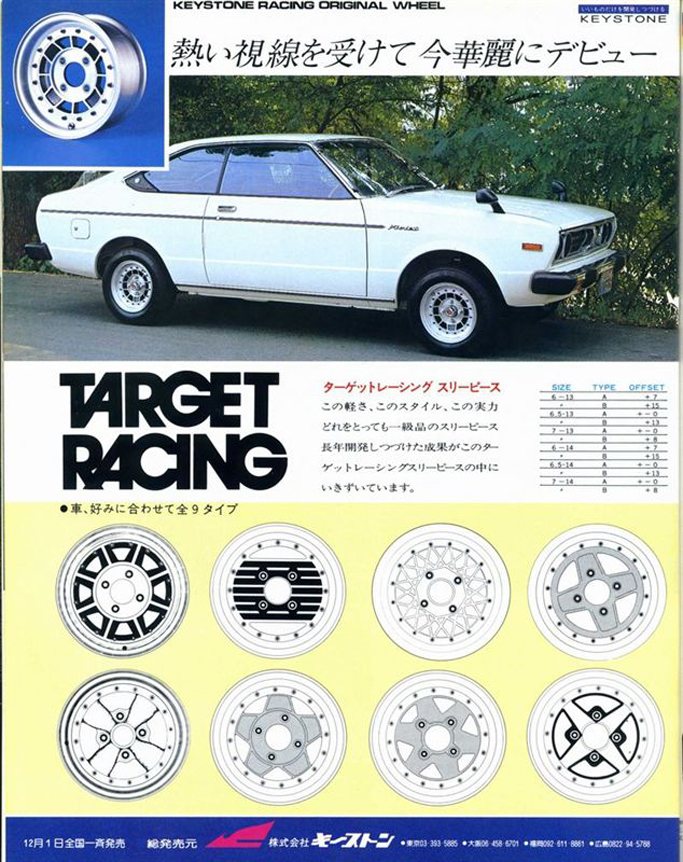 Last week Robbie showed us his Target Racing TR-03.  With a four spoke style reminiscent of the SSR MK-II, the TR-03 is not a well known wheel.  It’s usage however, probably goes unrecognized more than it should simple because of its similarity to the popular MK-II. It takes an educated eye to tell the two wheels apart. Much of the Target Racing line up in fact, does well to hide behind wheels of similar design made by other manufacturers. This advertisement sent in from a 1979 issue of Motor Fan, shows nine Target Racing wheel models by Keystone.

Kyusha shoes fans will recognize some familiar shapes besides that of the SSR MK-II.  There is the familiar style of the Hayashi Racing Street, which is not at all unique to, but certainly done best by Hayashi.  Itall Racing, Toyo Z, Dunlop all have similar designs.  On the bottom row, we see something very similar to the Focus Racing 5,  the Easy Rider Spit Modena and the Work Equip 01.  Unfortunately, the sent advertisement doesn’t include any model names. I’ve translated the original text into english, and done my best to fill in what model names we know from other references. 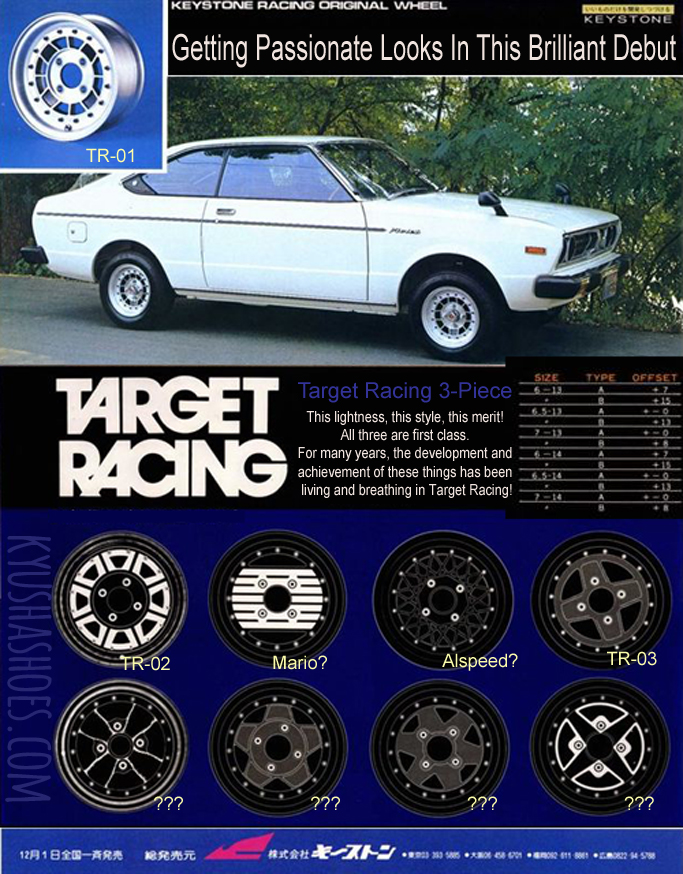 From the advertisement featured in Robbie’s Target Racing TR-03 post, we know the TR-01 and TR-02.  We have to note however, that the wheels in his advertisement, and all Target Racing wheels that I have ever seen anywhere except for the advertisement featured in this post, use 12 bolts to hold wheel shells to centres. The wheels in this ad from 1979 all use 16 bolts. It’s an interesting dilemma.  As this ad announces the debut of Target Racing, perhaps we should consider that original wheels all used 16 bolts, but the design was quickly revised to use only 12. Regardless, I’m not going to get hung up on it. If you are, then stop reading now and skip to the next post. 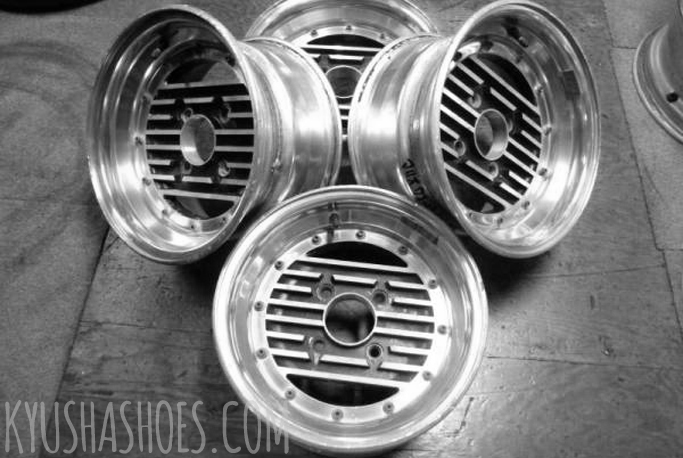 The third wheel featured in the ad, is certainly the most unique! The Mario, was featured in a separate post four years ago, as a mystery wheel that I had purchased in pursuit of the Advan A3B.  At the time I had no idea what it was, but have since come across this ad which seems to identify it as a product of Target Racing/Keystone Racing Original Wheels… and another separate reference which identifies it with Aoi Enterprise.  More info is needed. Hopefully we can find sufficient ammunition to address that in the future. 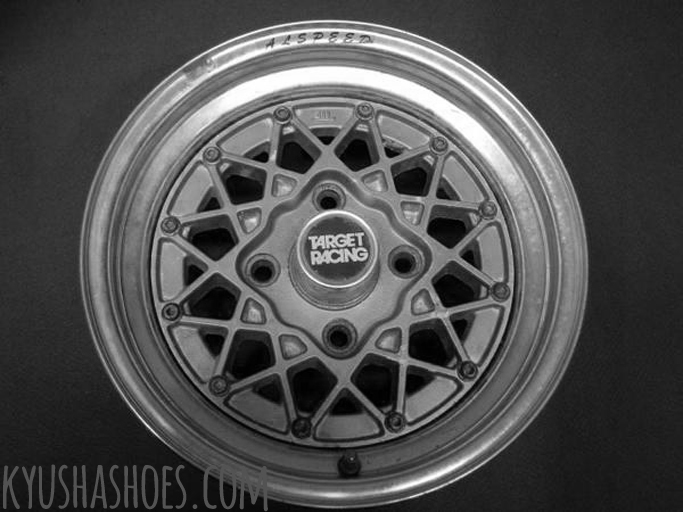 The Alspeed mesh is the Target Racing model that I have known the longest, but it doesn’t quite match the rendering in the advertisement.  Besides the number of shell bolts, the PCD area and mesh pattern is slightly different.  The ad might show an original version of the Alspeed, or it may be another model altogether.  Unlike the other known Target Racing models, the Alspeed uses a front mounted centre section, as opposed to a sandwich mount or rear mount.  Common to all Target Racing wheels though, seems to be black socket head cap fasteners, and JWL markings directly opposite of the valve stem on the outer shell, or wheel center in the case of the Alspeed. 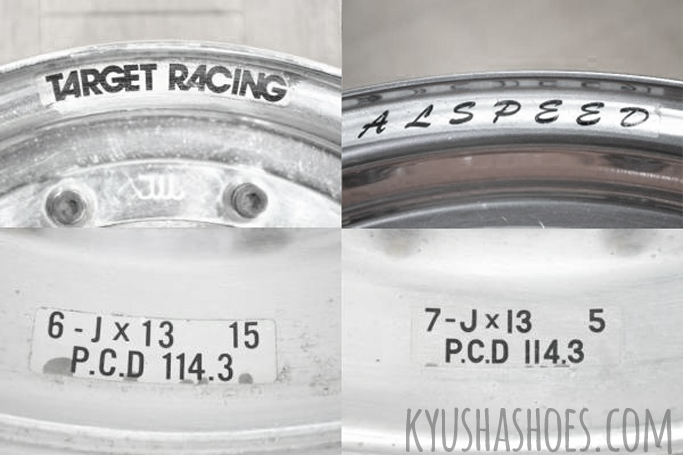 All sizing stickers that I’ve seen on Target Racing wheels are the same as well: simply formatted with size, PCD and nothing else.  Most examples that I’ve observed also have a sticker on the top of the lip, opposite the valve stem above the JWL markings.  On the TR-01 through TR-03 that sticker says “Target Racing”.  The Alspeed gets a model specific sticker.  Markings on the back of the wheel pad unfortunately, are inconsistent from model to model. Many having no markings at all, and thus using them to identify wheels is not simple.

These things in mind, I went back through my notes on the Focus Racing 5 and Work Equip 01 looking for a Target Racing wheel that was mistaken for something from a more popular brand. 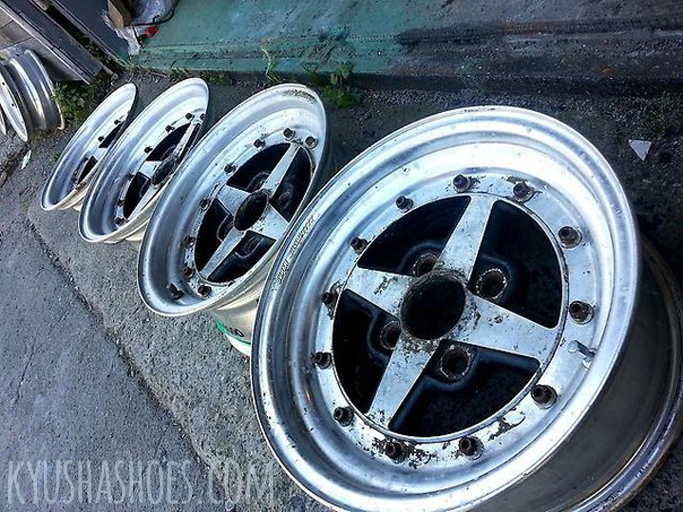 Voila! Twelve black socket head cap bolts.  The remnants of a sticker in the usual spot on the lip, and it’s hard to make out, but JWL on the shell directly opposite of the valve stem.  Looking at the wheel center itself, compared to the Equip 01, the area in black is different, with a taller raised ridges and larger edges.  This is clearly not an Equip 01.

Now… if someone can send me some better images and maybe a model name… we can add a new model to the database.