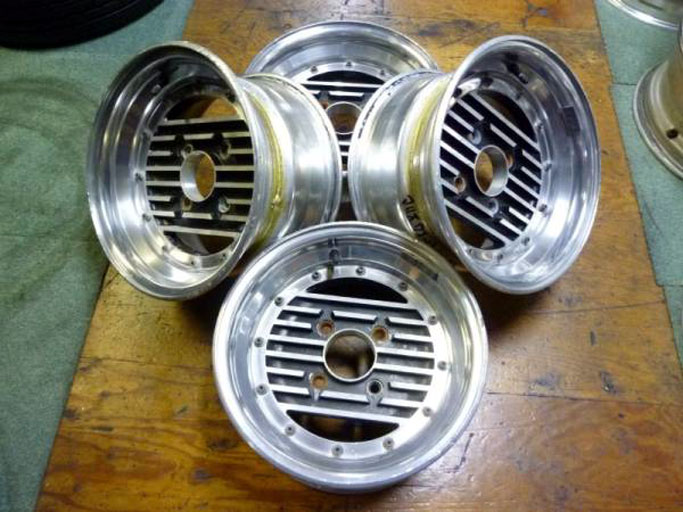 My post last week titled Advan Alphabet, was no coincidence. I.E. It had been sitting in my Draft’s folder for almost two years. For whatever reason, I never published it… until I found these on yahoo and was reminded. You see… the A3B really is a thing of legend to me. Nobody that I have ever talked to has seen one, no wheel database online includes them, but I’m sure that there cannot be a hole in the Advan Alphabet. A-C-D-E…

When I saw these on yahoo… listed as unknown kyusha wheels I wondered if I’d solved the mystery. 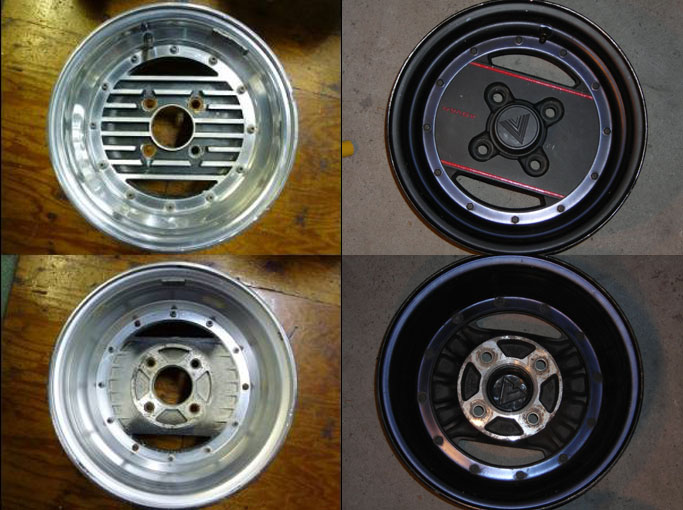 There are similarities. Differences too… but there are subtle differences between various years of all A3X wheels. Differences like the placement of the valve-stem hole and the alignment of the holes drilled in the center. Furthermore, in this wheel face, I saw an aesthetic concept similiar to this other Advan wheel. Hastily… I bought them. Not that they were pricey, but now in hindsight I can see that I overlooked a couple of things that set them apart from the A3X line. First, the center is too small: pictured above are two thirteen inch wheels, and clearly the wheel on the left has a smaller center. Second, the new wheels don’t say Advan on them anywhere. While Yokohama Almex wheels are often unlabelled, and newer Yokohama Advan’s often don’t have anything stamped on them, all kyusha Advan’s seem to be visibly marked Advan somewhere on the wheel face. Bonk. Third, the outer lip has a bit of a weird shape, but there really aren’t many 7J +0 Advans out there to compare to… certainly not in my collection. Four, the wheels aren’t welded. Now that’s not totally condemning because I’ve seen some A3A’s and A3D’s that are not welded but… certainly not common.

And then when my mother-in-law reported they didn’t have the typical Advan stampings on the backside of the wheel center, more searching and research turned up this: Mario. Which alerted me to something written in jiffy on the shell of the wheel in the top pic： マリオ, which if you read Japanese you know is also… Mario. So someone, somewhere along the way knew what they were even if the seller couldn’t make sense of it. Still cool I guess… but my search continues.