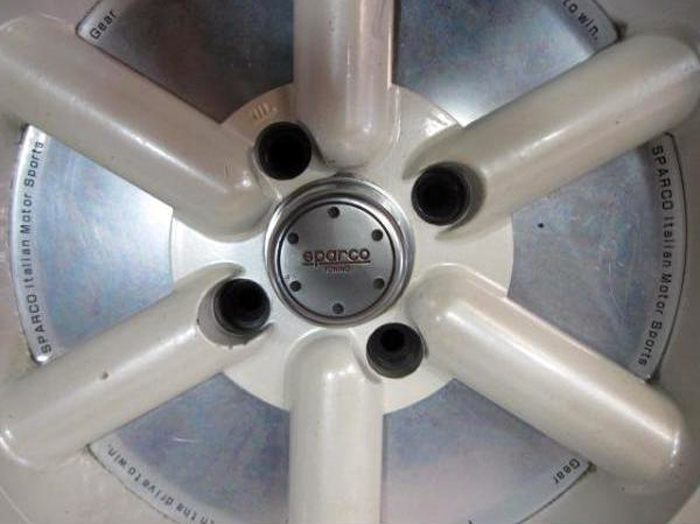 Cataloguing 30-year-old wheels is not a straight forward task. Time has passed. Often wheel manufacturers, whose own name is stamped on a specific example, can’t identify model names or even anything about them at all. There are also interesting relationships that exists between wheel manufacturers and tuning companies on a global scale. See THIS POST for an example of that in play with Hayashi, and Campagnolo… and Enkei…

Enkei is one of the MAJOR players in wheel production internationally, and has been for a very very long time. They seem to have had their hands in almost everything. These weird Sparco wheels took that realization to a new level. 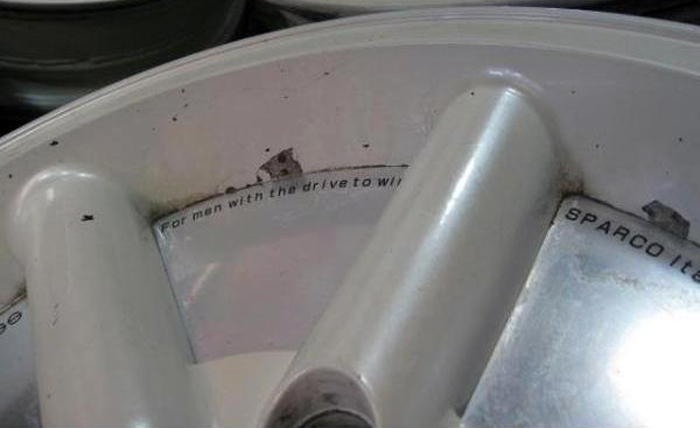 Yes Weird. One thing about cataloging wheels, is that all the commonly sought after stuff like TechnoPhantoms, SSR’s, Volks etc gets talked about, and asked about so much that I get bored of it. Wheels like these Sparco PiaLoss however, intrigue the hell out of me.

If you stay up all night clicking through wheels like I do, you may recognize a resemblance between these and the Sparco Reveal S6. Resemblance? They are twins except for the solid disk that sits behind the spokes of the PiaLoss. This is not a great styling feature for anyone who has spent thousands of dollars on brakes… but if you are someone who has rusty old stock drums (which you probably are if you are buying these things) maybe it’s not a bad look. However, while the print on the disc proclaims the wheel is… “For Men With The Drive To Win”, I think rusty drums are probably not going to lead you to victory. Nor is the extra mass of an aluminum disc that probably doesn’t lend necessary strength… especially when the similar Reveal S6 gets by just fine without it. 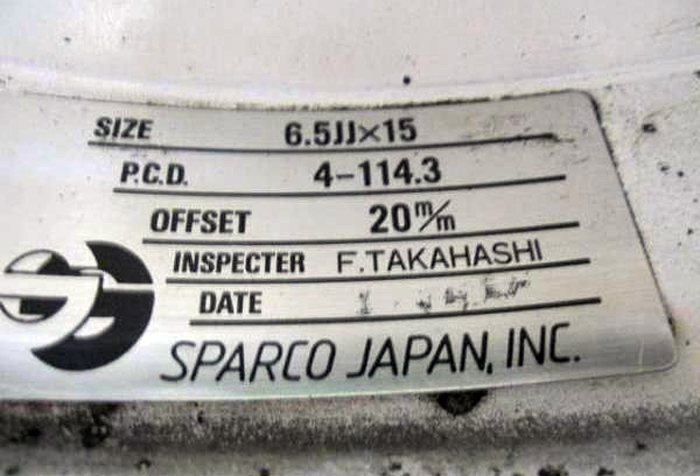 … but my intention is not to criticize anyone’s preference in wheels. Having never seen the PiaLoss before, I turned to my usual channels of research.

PiaLoss is an unusual name. Pia Loss is some chick on Instagram who has more followers than me. WTF guys back me up! Google turns up nothing else. (actually it turns up lots about the economic losses of Pakistan Internal Airlines (PIA) but if you care about old wheels you almost certainly don’t care about big airline business) Eitherway… “Loss” is a stupid thing to put in a name when the slogan for the brand contains the word “Win”.

Next step… My old magazines and media have no Sparco advertisements or articles. Flop. They’re more interested in TechnoPhantom, SSR, Volk.

Other channels… a trademark for PiaLoss exists! It was originally registered to Enkei Automotive Corp. LTD in 1986. Yes Enkei. Not Sparco. The sticker on the wheel clearly says Sparco. Enkei on the other hand, did not seem to have any trademarks on the Sparco name. A second look at the sticker and you start to realize that it is very similar to some mid 80’s Enkei stickers… minus the logo.

It seems that Enkei produced and trademarked the PiaLoss wheel and lent it to Sparco?

And this is why some of you will email me and tell me I’ve got things wrong; that it’s not an SSR Star Shark, but a Colin Star Shark, or it’s not a Watanabe RS-8, but an SSR RS-8, it’s not a Sparco PiaLoss it’s an Enkei PiaLoss. A lot of the time, old wheel data is not clear-cut at all. Sometimes my data doesn’t line up with the common belief. I’m always open to discussion and corrections, but bring some evidence, or at least some good clues to get me started.

In this case, I have archived the wheel as Sparco PiaLoss, with a note about Enkei being the producer. In most cases I will mark the company/organization that marketed the wheel as the actual brand. It’s more fun that way. None of you guys are going to be interested to come tomorrow and the day after to find that I’ve added yet another swath of Enkei shoes.