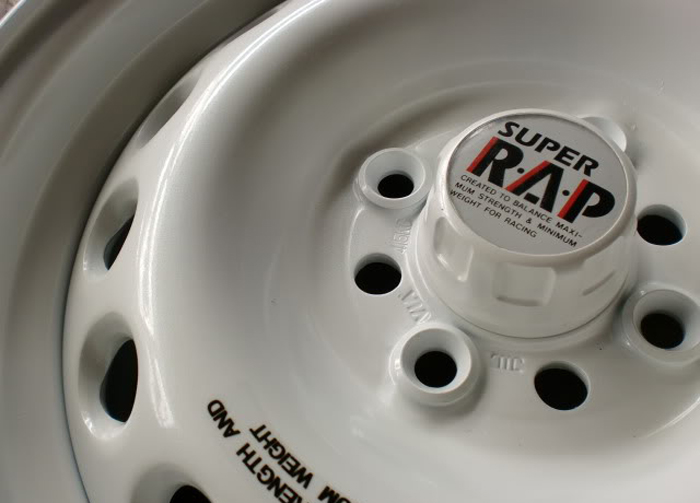 The Bridgestone Potenza R.A.P., despite all appearances, is one of the more unique wheels listed on this site. To the eye, it is nothing more than a run of the mill steel wheel with a heavy coat of white paint. On the scale, it is a full on race wheel. 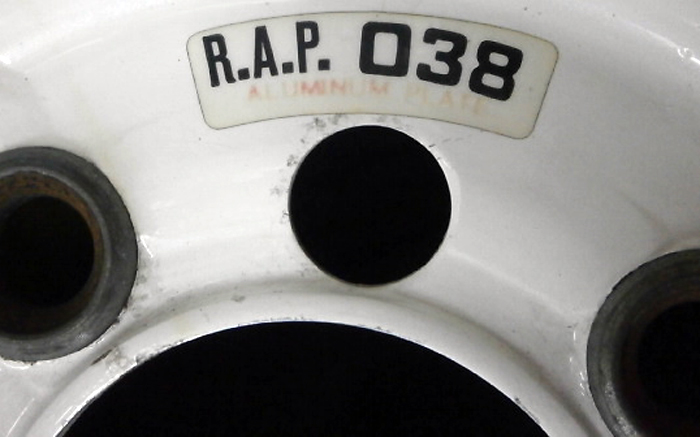 Born in 1984, the concept was for an affordable competition wheel. Considering gymkhana and rally regulations, sizing options were mild at best with 6″ being the maximum width. While the wheel appeared identical in design to many factory steel wheels, it was in fact aluminum. Who even thought an aluminum wheel should be constructed this way? 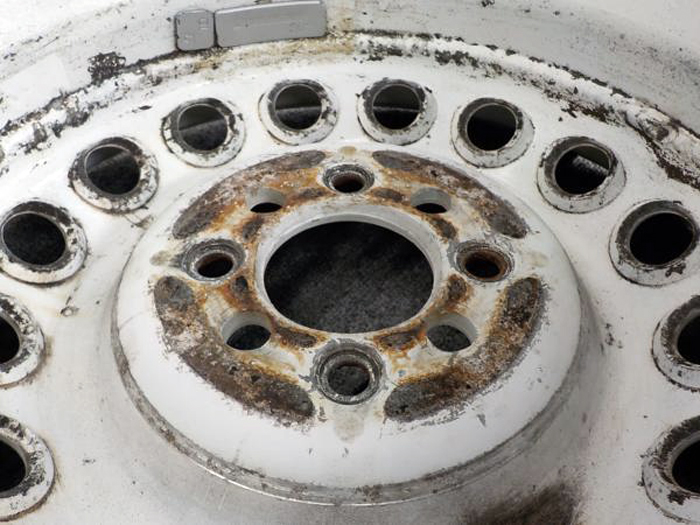 The barrel was a standard aluminum barrel, but the center was formed from aluminium plate and welded in place. In 1985, the result was a very light wheel for a reasonable price. 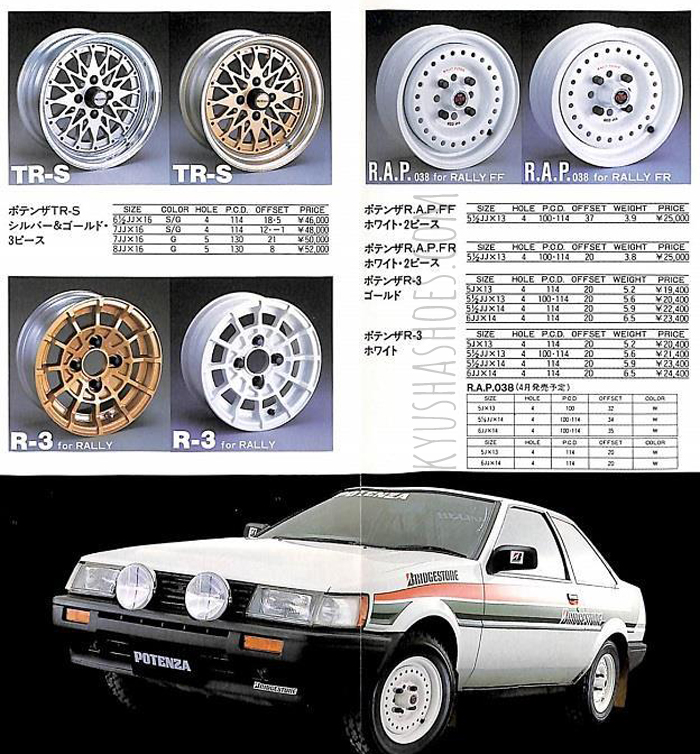 Sub 4kg weight for any wheel is something to write home about… never mind for a wheel that cost about 30% less than race wheels from other brands at the time. Thirteen by 5.5J and 14x6J were the only options however, and white was the only colour. 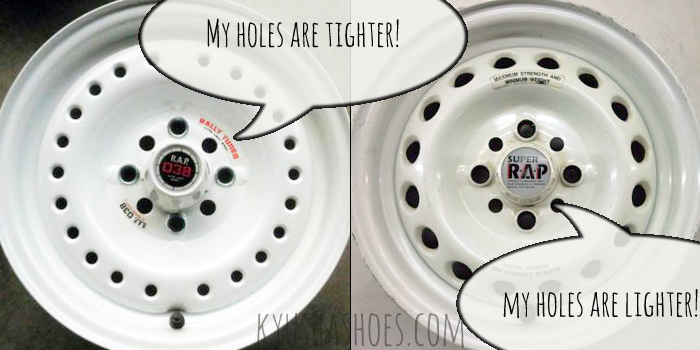 The two designs are often confused, but this image shows clear differences besides decals and center caps. The revised design allowed weights to come down. Instead of 4 kg fourteen inch wheels, there were 4kg, fifteens. Fifteen was as big as they got though, and 5X100 versions were added to accommodate the host of Subaru and Celica drivers (15 6J +38). Tuner Tommykaira as well, chose to fit the wheels on their M12 March. These came in grey with a unique M12 center cap. Otherwise, all wheels were white although many have now been re-finished in other colours, or even have lips polished. 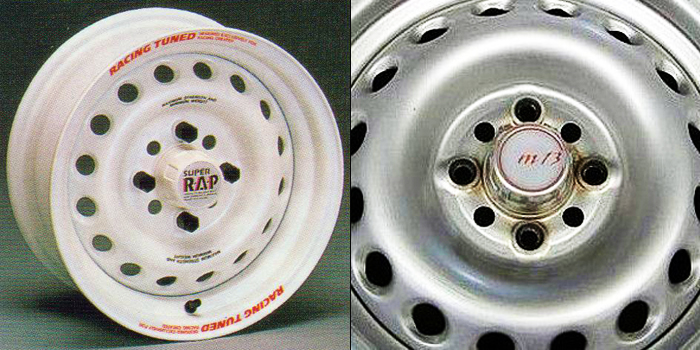 Given that there is no differentiation in the Japanese language between “R” and “L” some people refer to the wheel as the “Super Lap” thinking that is likely what Bridgestone intended.  My thought is that Bridgestone is and was an international power house and would have known the difference.  Either way, R is on the wheel and not L. R.A.P. is likely an acronym for something, what exactly though, I’m not sure.

The Super R.A.P. stayed in production until what looks like 1998. Over a decade of production, makes it a fairly common wheel today, although both uniqueness and lightweight make demand high.  Nice complete sets of either wheel will often sell in Japan for as much as 90000円。Quite commonly lesser examples go for half or even one-third of that price, but for 6J or narrower wheels that can still feel like a pretty price!

One thought on “Bridgestone RAP Battle”