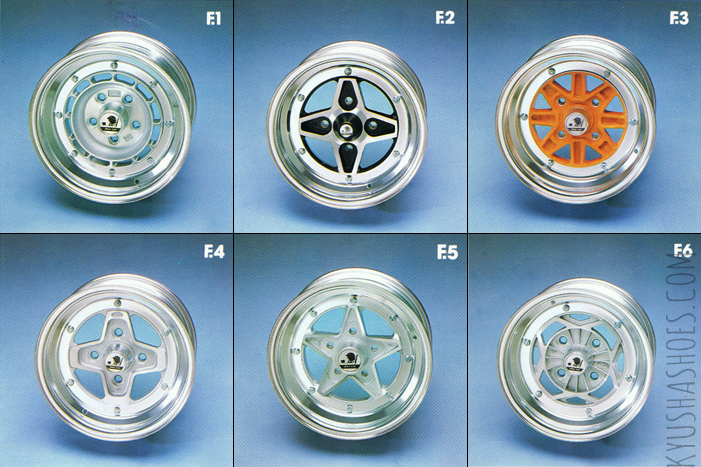 SSR wheel company is almost certainly the most well known Kyusha wheel manufacturer. Launching in 1971 with the MK-I, SSR was a few years behind Enkei, but came with a whole other style and Japan’s first 3 piece wheel despite what other manufacturers would have you believe.

The MK-I/II and III which were SSR’s first three wheels, have certainly been the companies most popular. Forty years later, they are still in production, and are easy to find in almost any wheel marketplace. The F lineup of SSR wheels however, debuted 8 years later in 1979 and today are a much more challenging find. By 1985 they were gone. That makes them a great option for those who really want something different.

Of the six wheels, the F5 is the most common of the bunch, but the F2, F3 and F4 are Ultra-rare, and the F6 is something that we’ve never seen in anything but catalogs and advertisements… the above, from a 1980 SSR Catalog. Like the MK-I/II/III, all wheels in the F line up use SSR’s 3-piece sandwich type construction.