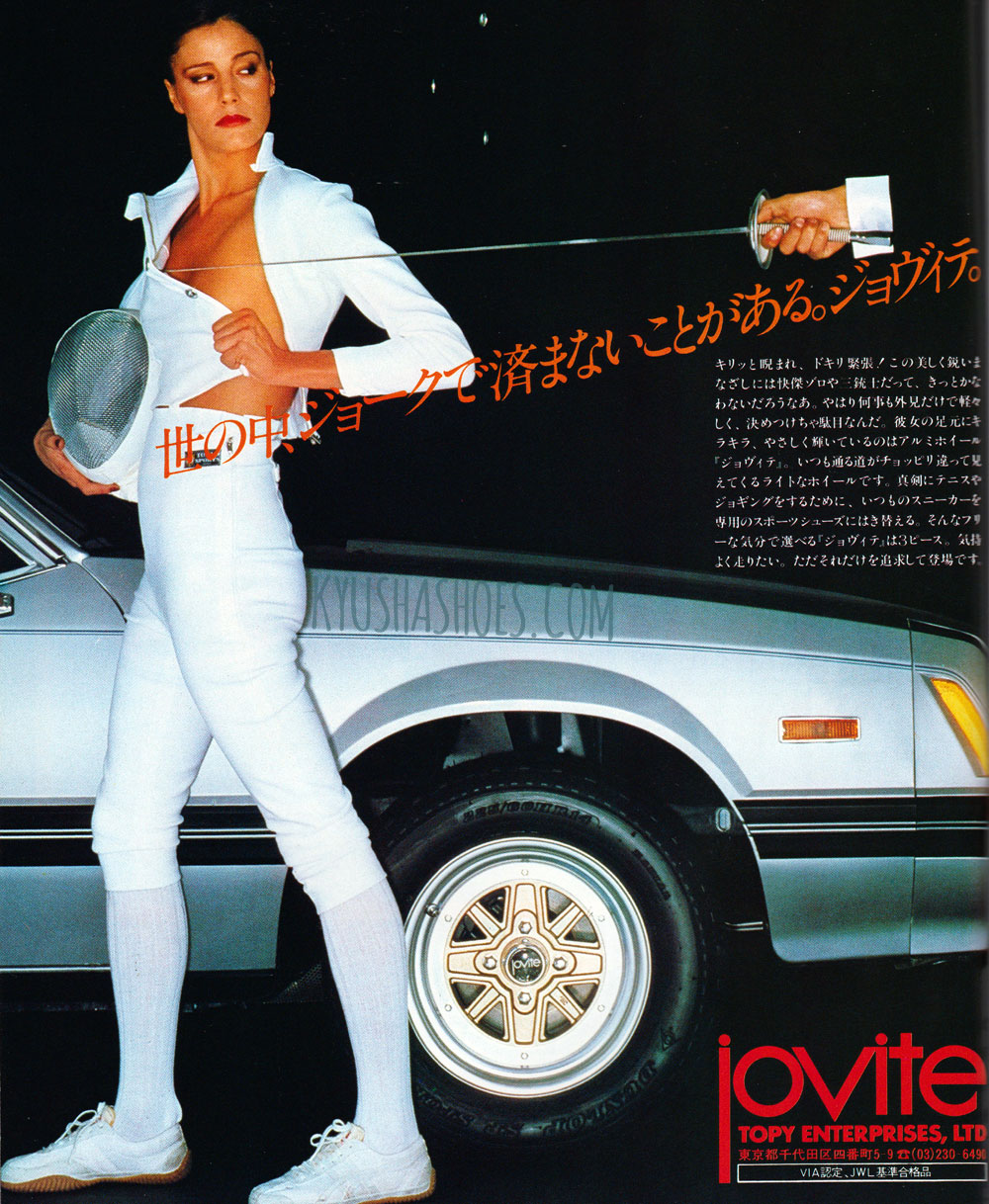 You may not have heard of Topy Enterprises. That is forgivable. Although Topy has been producing wheels for more than 85 years, and today is a huge multi-national manufacturer, their focus has tended more towards commercial endeavours. They have served as a manufacturer for OEM application wheels (Nissan and Isuzu), as well as aftermarket wheels. Dunlop for instance, used Topy to produce most of their wheels in the seventies and eighties. Often when Topy has chosen to produce wheels of their own design, they sold and marketed them under a different name (JMW for example).

The Jovite though, stands apart as one of few wheels that clearly carries the Topy name.

It’s inexcusable, this is no joke.

She stops and stares… he’s feeling nervous tension.
This “Sassy girl” with a beautifully sharp look, versus Zoro, or even the three musketeers surely could not lose!
Her appearance is so outstanding, it’s obvious he is outmatched.
Her feet sparkling, in the gentle shine of the aluminum wheel “Jovite”.

With the right wheels, the battle always becomes a little bit easily.
Seriously… for Tennis or Jogging, you always replace your usual sneakers with dedicated sports shoes.
Here, Jovite 3-Piece wheel is how you make that choice.
You want to run comfortably. So find and get them.

The ad clearly identifies Topy Enterprises as the manufacturer, but today the Topy Jovite is often confused. There is the fact that the Topy name is so unknown that the wheel is usually just identified as the Jovite. Jovite Toby is also frequent.  Secondly, the wheel is very very similar in appearance to one of the most popular kyusha wheels of all time: the SSR MK-III.  Often the Jovite is identified and sold as a MK-III.

SSR never ever had this much fun with their advertisements though! Or maybe SSR just never had to try this hard. 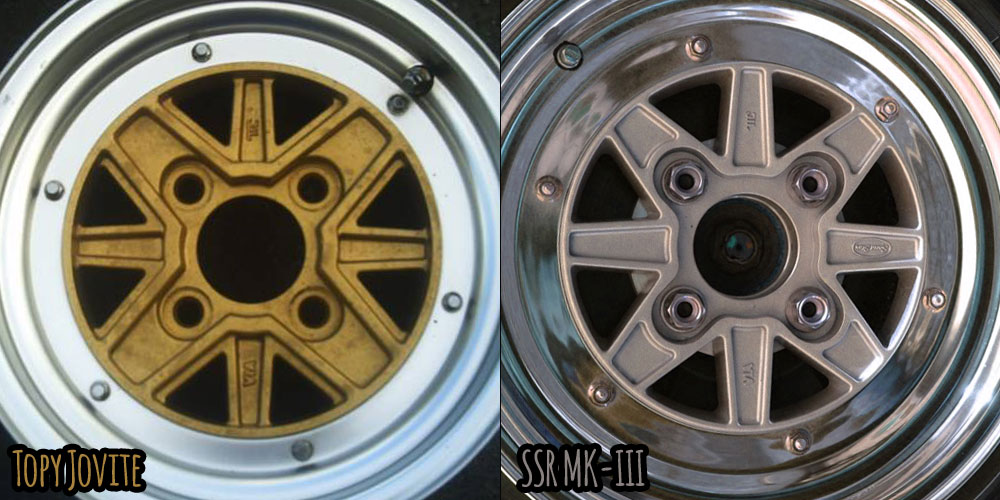 Debuting in 1980, the Jovite was a full nine years younger than the MK-III. Side by side, the differences between the wheels are noticeable, but its impossible to deny the similarity. Even the placement of JWL and VIA markings is identical. It’s also quite possible that the two wheels share the same shells. At the time, SSR supplied shells for various other wheel makers (Focus and Hayashi for example). Given the visual similarity between the MK-III shell and the Jovite shell, and the fact that no other Topy wheel that I’m aware of uses a similar shell, I think it’s quite likely that the shells are SSR parts. 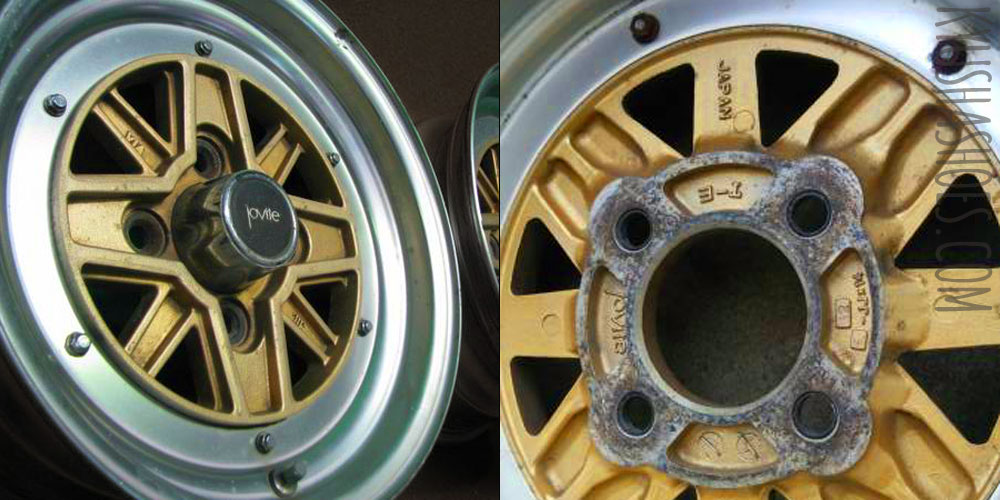 The center though, is clearly not SSR. The Jovite shares the same T-E marking that is found on many Dunlop wheels, and Jovite is clearly marked in the space typically reserved for model codes. At 5.0kg for 14 6J size, the Jovite is very light in comparison to single piece cast wheels of the era, but not quite on par with the SSR MK-III that it appears to be modelled after.

Following 1980, the Jovite name evolved into a wheel line of its own. One that like JMW, had no obvious connection to Topy. That’s part of what makes this original Jovite interesting to me. It represents one of the few times that Topy stood up and said, “look at me and what I can do,” and made something that was all it’s own…

… Except for the SSR shells and copycat design???

I may understand why they disappeared back into ambiguity.