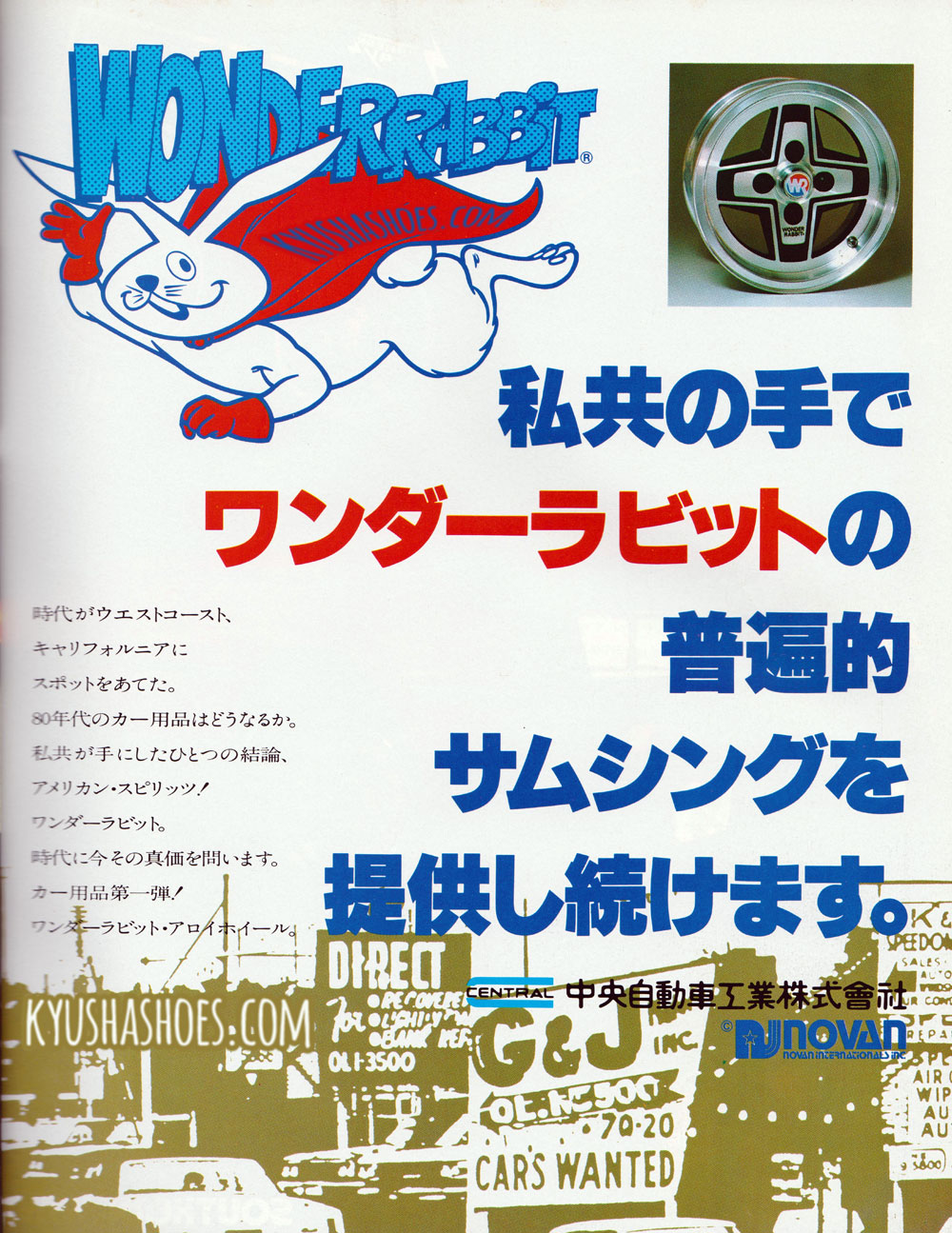 The Novan Wonder Rabbit is such a rare and unique wheel that I never imagined I’d ever find an advertisement for one.  This comes from Robbie’s Motorfan collection and an issue from 1979.  The translation reads.

By our hand,something universal, the Wonder Rabbit, is created.

This is the era for the west coast, a spot in California.
What is the new direction for eighties car supplies?
We made our decision: American Spirit!
Wonder Rabbit.
As we ponder the value of the era…

At the time, it is certainly true that Japan was in love with the idea of American life… but in my mind, it is doubtful that the state of the Japanese auto-industry was so dire in 1979 that a yankee wannabe super rabbit was going rescue anyone from anything.  In fact, the automobile in Japan may have never been stronger.  The SA22 was the car of the decade, and the Japanese Wheel League was fully charged.  Turbo technology was spooling up.  In the USA, the EPA was killing American muscle and Chrysler needed a huge sum of cash from the US government to continue operating.  This was the first year of the McDonald’s happy meal though! Oh what highs and lows…

From stickers and markings, we know that the Wonder Rabbit was made by Enkei for Novan Internationals.  It was distributed by Chuo Jidousha aka Central Automotive Products.  Sizes that I have observed are 13 6J +13 and 13 6.5J +10 with 4H PCD114.3.  Others may have been available, but finding them now would be a serious task. 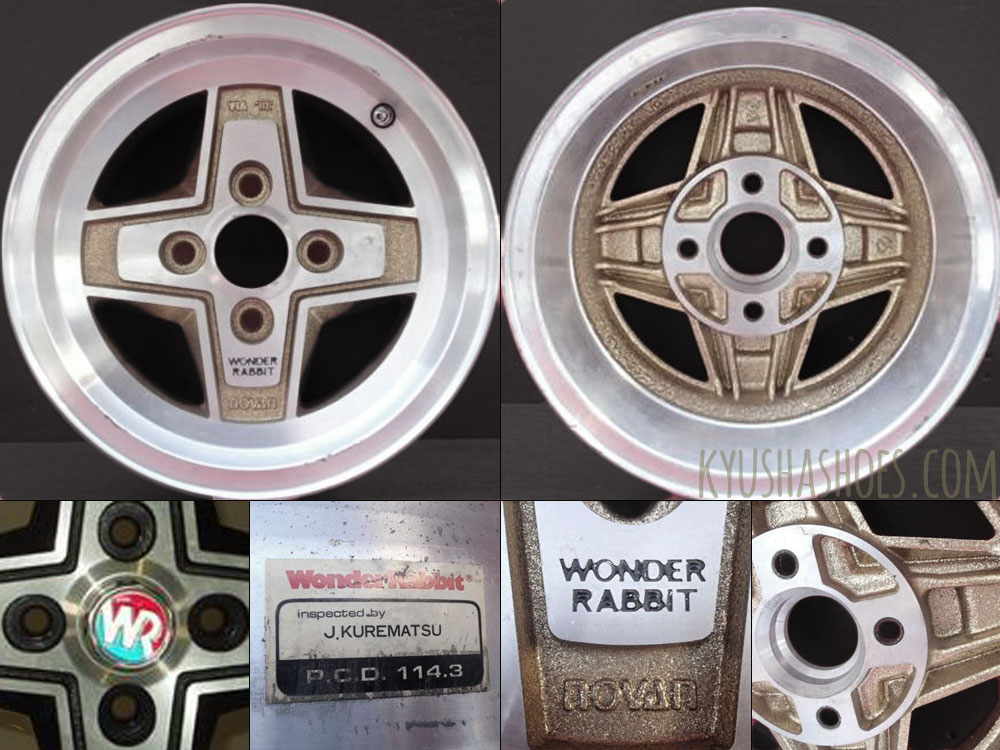 The Wonder Rabbit is a good-looking wheel, with a great name… but by all other measures, might be considered a flop.  From the usual sources, I wasn’t able to discover anything meaningful about Novan Internationals, or the Wonder Rabbit.  In wheel catalogs and articles from the era that I have seen, the Wonder Rabbit is strangely absent.  That seems like a terrible oversight, as the wheel does have some unique features compared to other four spokes of the time.  It’s doubtful that many were purchased back in 1979 and 1980.

Today the Wonder Rabbit is an ultra-rare find at best. And, as far as I can tell the Novan brand never produced anything else.  If they left behind any legacy for Kyusha lovers, this Rabbit wearing a cape and singing the praises of California might just be it.  So much for Volume 2…