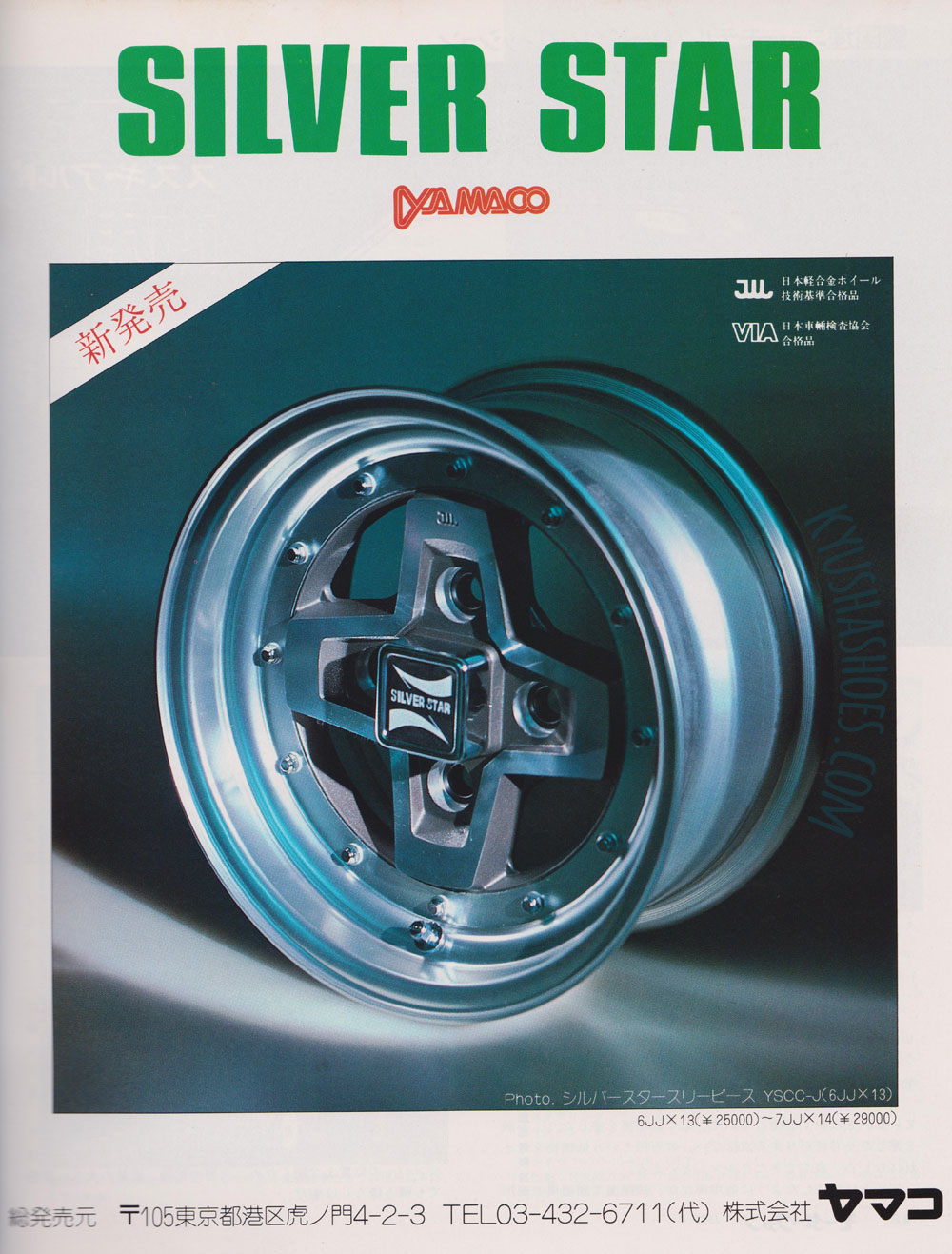 A reader was questioning my categorization of Silver Star wheels under the Yamaco brand instead of the Enkei brand.  This explains the reason for that.  Yamaco sold a fairly wide range of accessories and parts from wheels to decal packages.  Early Yamaco wheels, like the Silver Star Three-Piece (later re-named the Laira) where all produced by Enkei, and thus have Enkei markings on them. 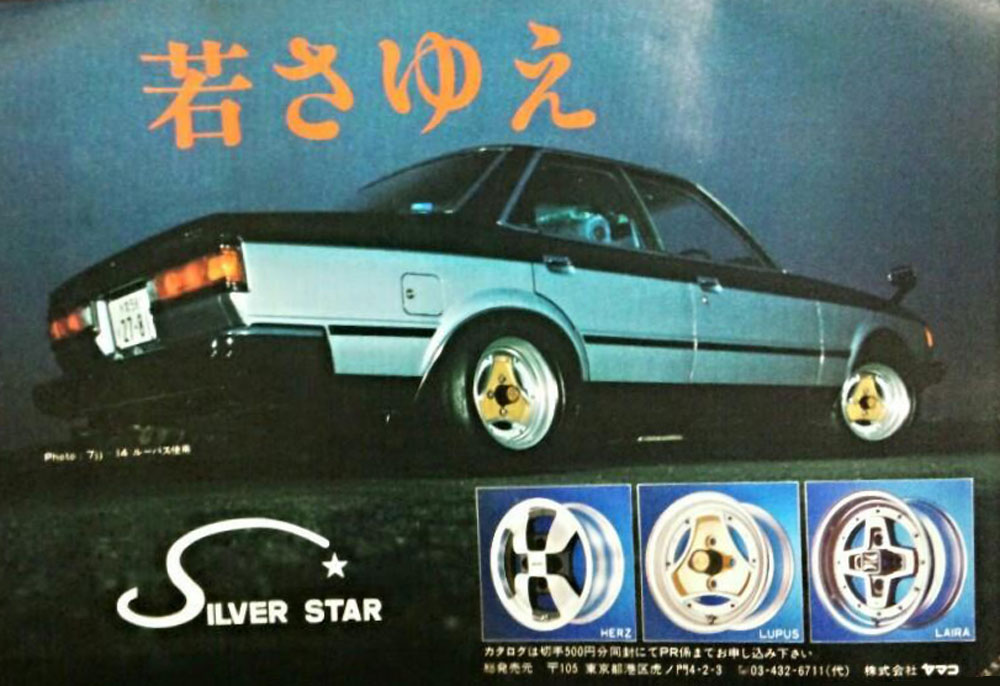 Another reader also found and shared this Yamaco advertisement from 1982 which shows the same wheel with a later name: Laira.  There numerous references to this wheel out there, and with light weight and aggressive sizing (5.7kg for 14 8J size) it is a sought after wheel today.

While examining my notes on this wheel though, I noticed something that hadn’t caught my attention when originally adding the wheel to the database here. Enkei produced this same wheel for someone other than Yamaco. 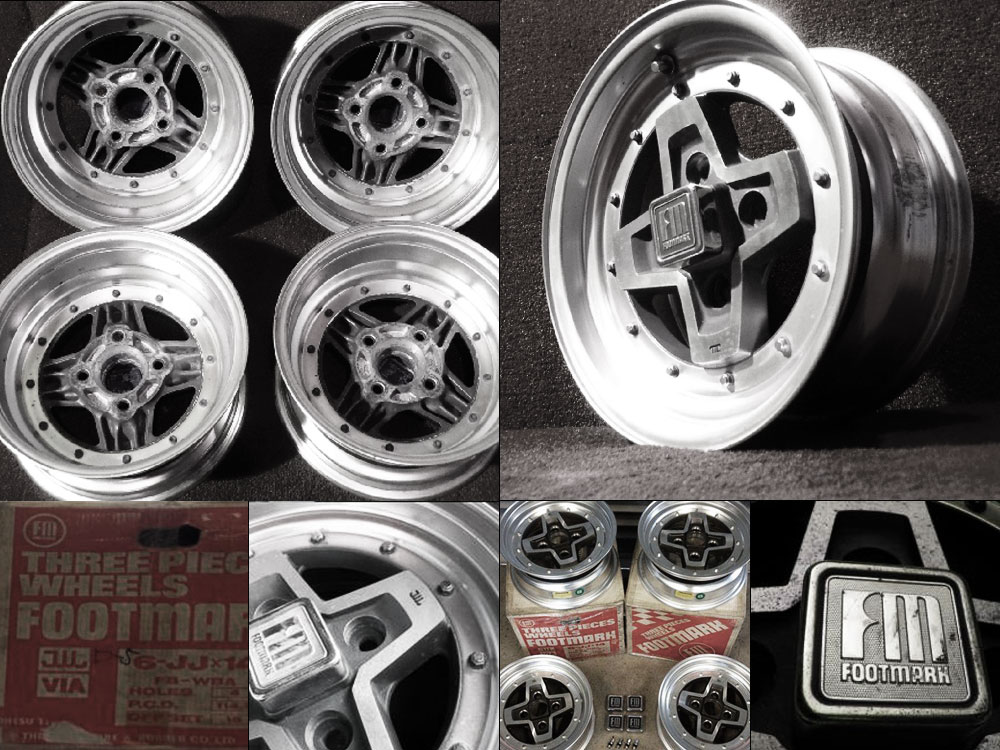 That someone was Ohtsu Tire, who sold the wheel as part of its Footmark line-up.  Again the model name was “Three piece.”  The only difference I can see is that the re-branded wheel used a new centre cap that featured the Footmark logo “FM”.  Thankfully it is still beautifully square!

The Footmark line-up is not one that I’ve had a chance to touch on much at all, but as I get deeper into this, I’m not only finding them hard to ignore, but also discovering new models that are unique and interesting.  They are though, some of the less known or sought after kyusha wheels.  For myself, that makes them extra exciting.