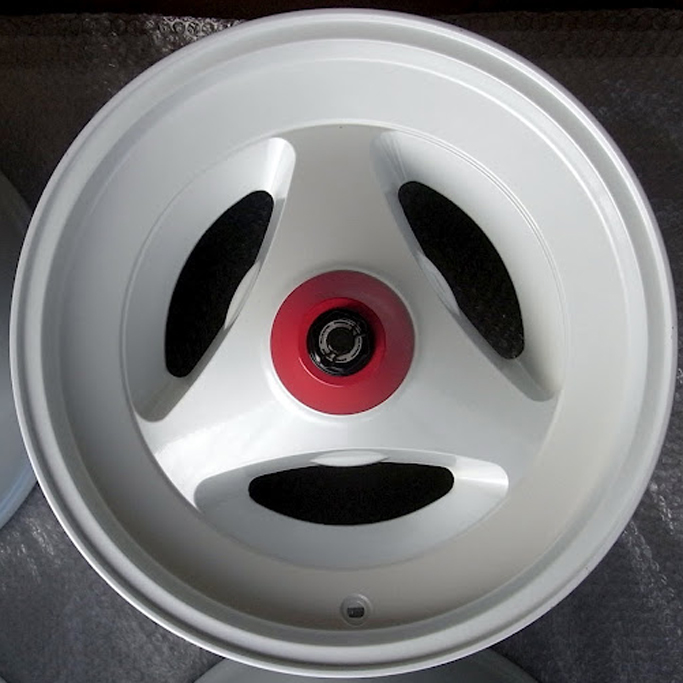 Someone emailed this week asking about center-lock wheels and there fitment on cars with conventional hubs. We saw a couple months ago, a “faux” center-lock wheel by Volk. Hayashi’s 2463 system however, is a real center-lock that uses an PCD adapter.

It’s very simple, as you can see. I certainly question the capacity of the single stud and nut. I’ve never seen one in person, but it looks to be no bigger than M14 size. The nut at least looks big, maybe a 27mm, but I’ve seen documentation that says it should be torqued to a somewhat insignificant 140ft-lbs.

On the backside of the wheel we see cutouts for the lug nuts that would hold the adapter in place, as well as some studs protruding that would mesh with the adapter to prevent it from spinning inside the wheel. All in all pretty simple and awesome IMO, but there must be some reason why it never took off, and became more popular. Was it super pricy back in the day? Was it a major liability for the wheel manufacture, killing hashirya and innocent motorists in horrific accidents when wheels detached from their adapaters?