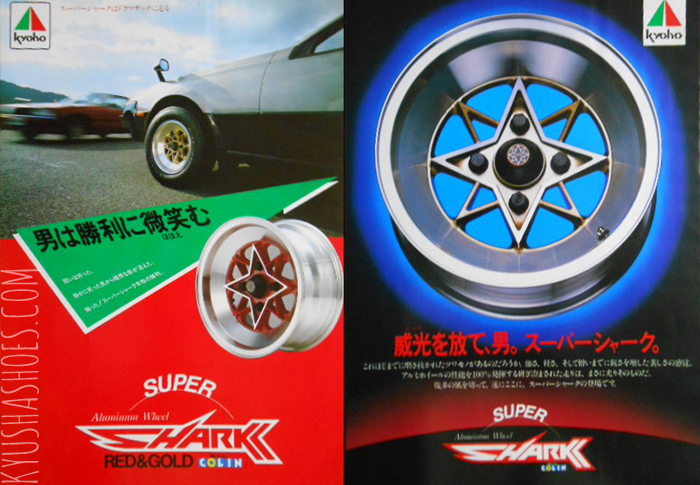 A couple of questions coming in regards to the Super Shark wheels and what I’ve done with them in the main gallery. There is concern of course, as this is a mighty popular and sought after wheel.  Newsflash… there is not just one Super Shark wheel. Two wheels use the name “Super Shark”, and a third uses a very very similar design but a different name.

#1 – Colin Super Shark
The most well-known and probably most sought after is the Colin Super Shark. No wonder… these ads from 1982 are spectacular. Unlike the Colin Star Shark, which was made by SSR for Colin, the Super Shark was made in cooperation with Kyoho. In the late seventies and early 80’s Kyoho had very close ties to Enkei, and thus Colin via Kyoho, via Enkei results in the Enkei “E” being cast onto the back of all Colin Super Shark wheels. Note “Super Shark” is also there. 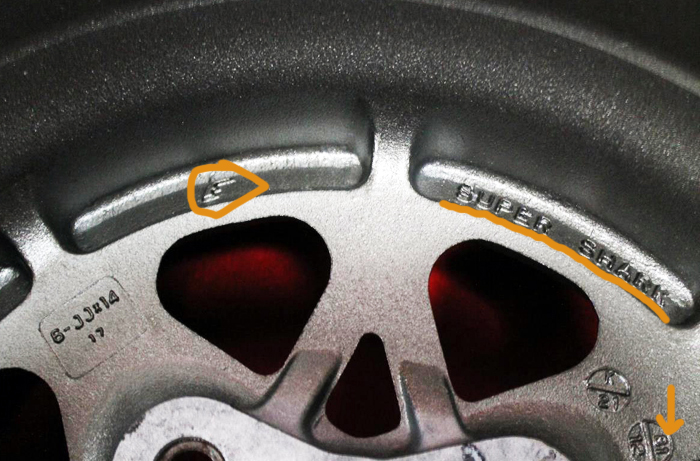 #2 – Hero Shuttle Racing
I still have a lot to learn about Hero Wheels. In trying though, I have discovered that there is a lot of confusion about Hero in general. It is quite often confused with Heroes Racing, and even Hiro Engineering, but as this ad (also from 1982) indicates, I think it is a brand independent from both of those similarly named competitors. 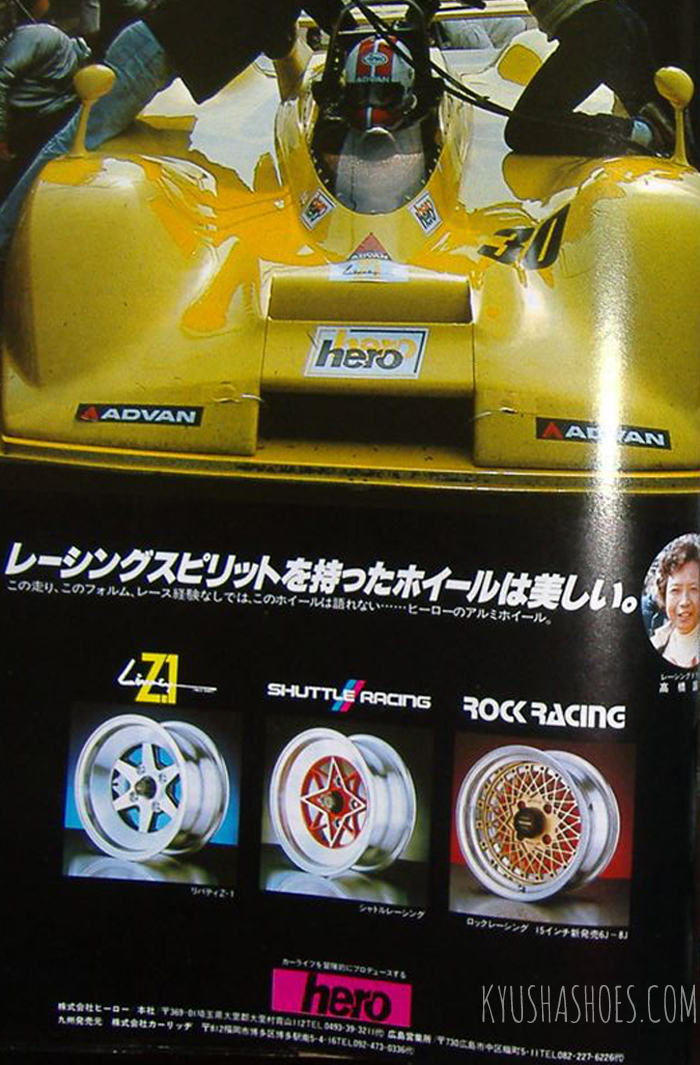 If the similar name is a cheap trick, then the clone wheels may be as well. Hero does have a couple other wheel models, but the three pictured here are in no way original. The Lindy Z1 is probably the most original wheel there, being a one piece rendition of the Lonchamp XR-4, but the Rock Racing mesh is spitting image of both the Volk II mesh and Heroes Racing CX mesh. Obviously clone wheels is not a new thing… and I have no comment to make on the quality of any of them. Some suggested that Hero’s Super Shark look-a-like, the Shuttle Racing is in fact identical to the Colin product, but the image below indicates that they are indeed different. 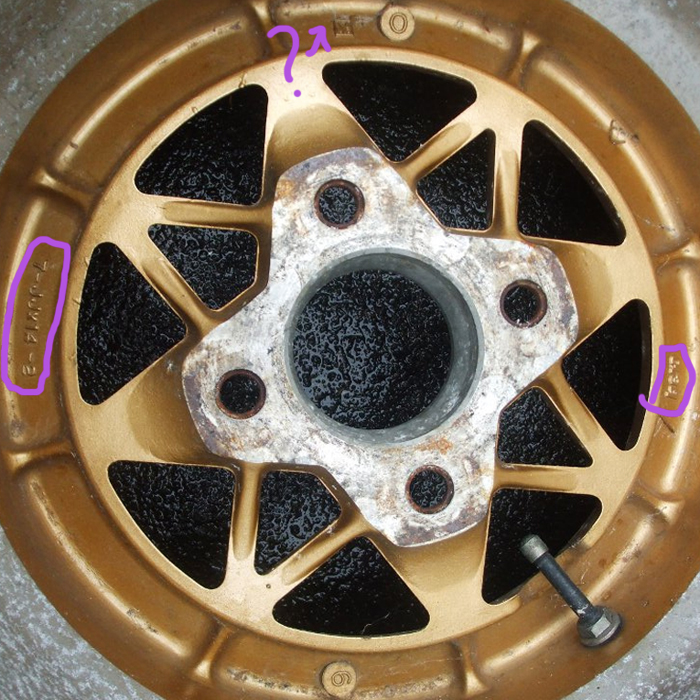 It’s not visible here (check the main gallery) but on the front of the wheel the JWL and VIA markings are in different positions on the two wheels. As you can see here, on the back side there are differences in the shape of the casting, particularly where the center meets the shell. The Enkei date stampings are missing, the size markings are completely different, and “Hero” is present.

#3 – Gloria Super Shark
Probably the queen of Sharks, or at least the most uncommon, the Gloria Super Shark is not a wheel that I have any documentation on. It appears though, that it can be identified by an unstepped outer rim section. The Colin Super Shark is often loved for its great big slanted outer lip that steps flat for a short section before ending with a 90 degrees bend. The Gloria Super Shark does not have that short flat section, but instead gives one gigantic sloping lip.  (Even better for those who love slanty lips, and again why the Gloria is tops.)

Furthermore, the Gloria can be identified by a much taller raised lip around the hub bore. In contrast the Colin and Hero wheels have a much shallower lip for retaining the center cap. What would that center cap look like? I’m not sure. I’ve never seen one. Photo credit: @jamesjayrade

Hopefully that both clears things up, and raises some questions that someone out there can answer. I’m dying to see some more Gloria Super Sharks.