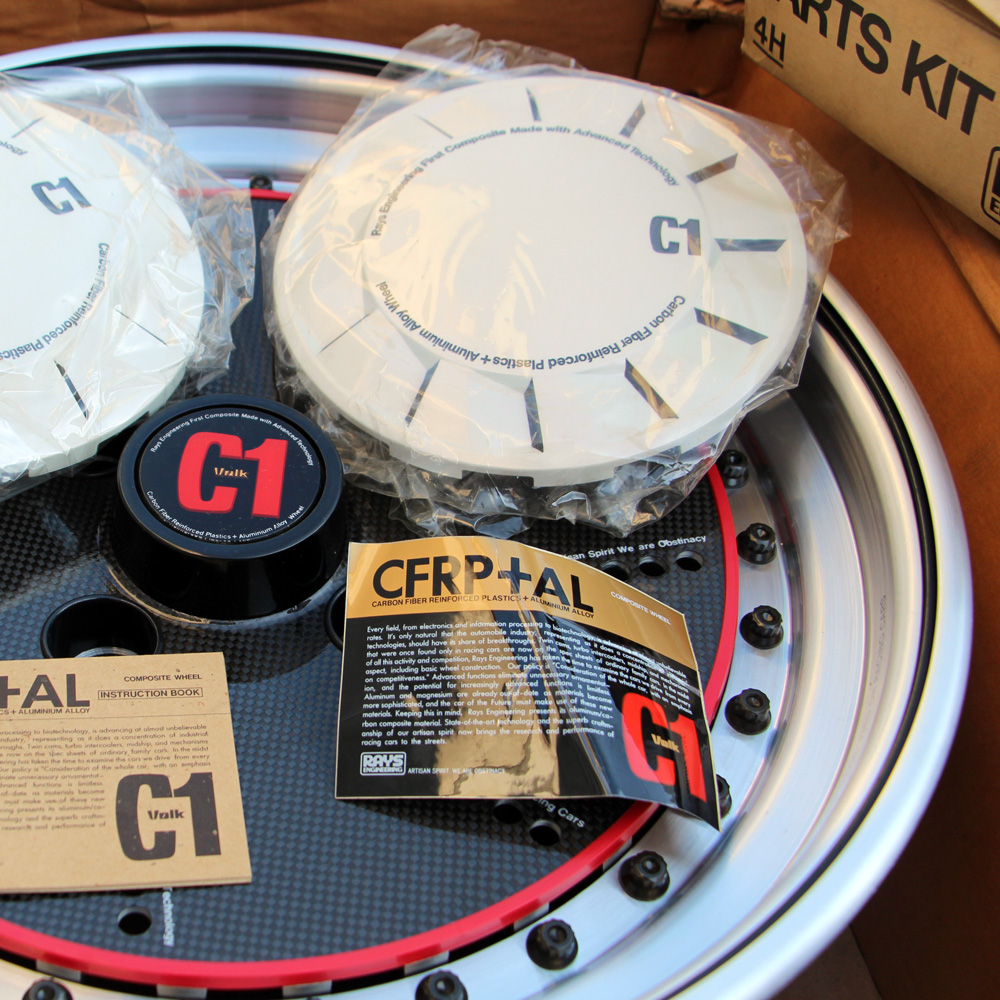 The hardcore Kyusha Shoe community was abuzz last weekend when one of the more interesting auction finds that I’ve ever come across appeared.  It was a set of un-used and still in boxes Volk C1‘s complete with tags and instruction manuals, and one of the two aero options for the wheels,  the flat Aero Caps.

This wasn’t the first peak we’ve had at new in boxes C1’s.  A few months ago, a reader from Sweden very graciously shared his set with us.  Launching in 1985, Rays Engineering called the C1 the “First Composite Wheel Made.”  The value of that statement might be debatable given that the wheel is essentially a conventional aluminum dish wheel with a CFRP sheet bonded to its face. However, with some great aerodynamic add-ons, an asymmetrical design and Rays Engineering’s incredible attention to detail, in our opinion, the Volk C1 is clearly among the greatest wheels ever to come out of Japan.

And so, some of us fans discussed and debated… wondering what this set of C1’s could possible sell for. 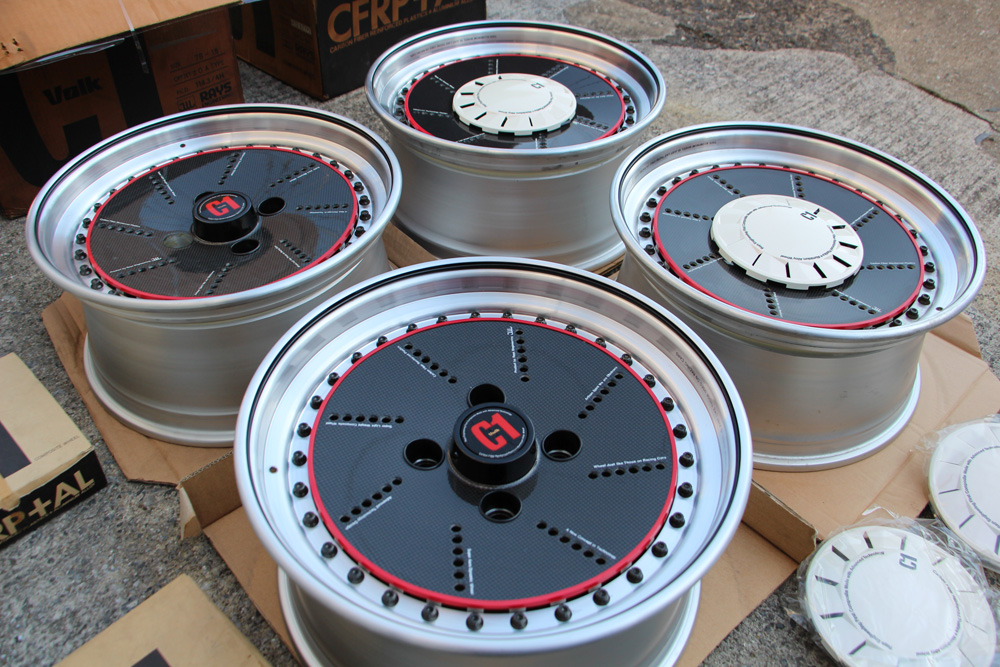 Ultra-high value Kyusha Shoes tend to belong to a different class of wheel than these C1’s.  They are generally ultra wide cast wheels from the seventies, or exquisite wire wheels.  In general, street sports-type wheels from the eighties and nineties don’t tend to command maximum dollars, especially in measly 7J width like these C1’s were.

With less than 24hrs remaining, the bid which had started at 1, 000 円 had made its way to 61,500 円 (about $600USD) and I was converting my Canadian dollars into Japanese Yen in preparation to take a stab.

A couple of months prior I had watched a set of new in boxes Super Volk‘s (a prequel to the C1 in an era when Rays was playing around with construction techniques) go for around 80,000 円.  I had expected those wheels to sell for a lot more than that, so I held optimism for the C1’s.

C1’s… that in my opinion, were missing the coolest part of the C1: the accessory option “Cooling Fins” which bolt to the wheel face to add cooling aero effects.  Surely they would still be more than 80, 000円, but when they were missing the best part they couldn’t possibly be more than double that number could they? I placed my bid. 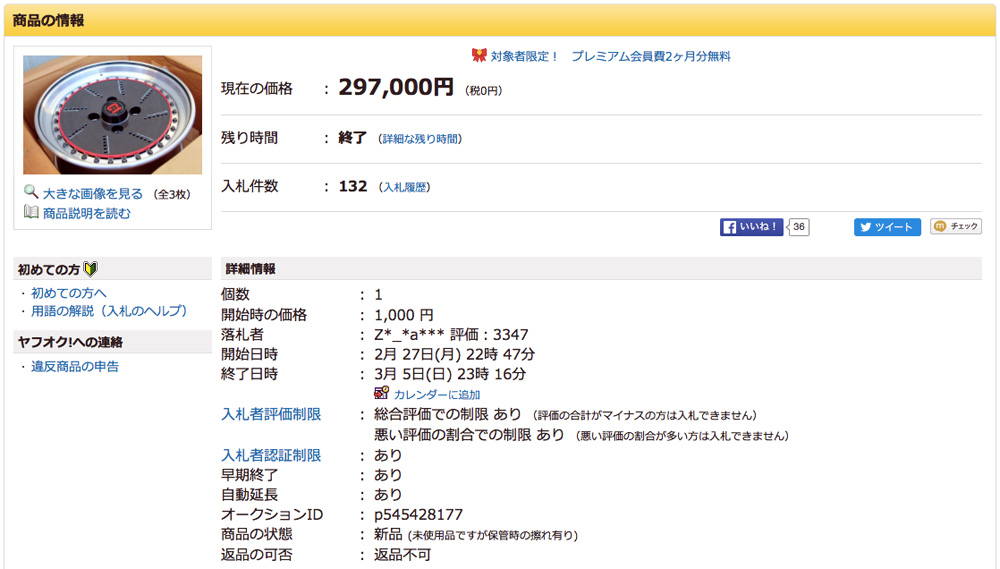 So my bid was meaningless, but it is interesting to see some great appreciation for an iconic wheel. That number puts them right in the ballpark with the most expensive set of Kyusha Shoes I’ve seen sell on auction (there’s an idea for a future post!).

“Hey look at these wheels I found, what are they worth?” is something that we find fairly often in our inboxes here.  Generally, I think our answers only disappoint those who ask.  We are talking about relatively simple pieces here that can be (and sometimes even are!) re-produced without incredible cost.  When however, they include boxes and documentation and demonstrate designs that were revolutionary at the time, that makes them truly historic pieces.

In that case, I like to imagine that the sky is the limit.