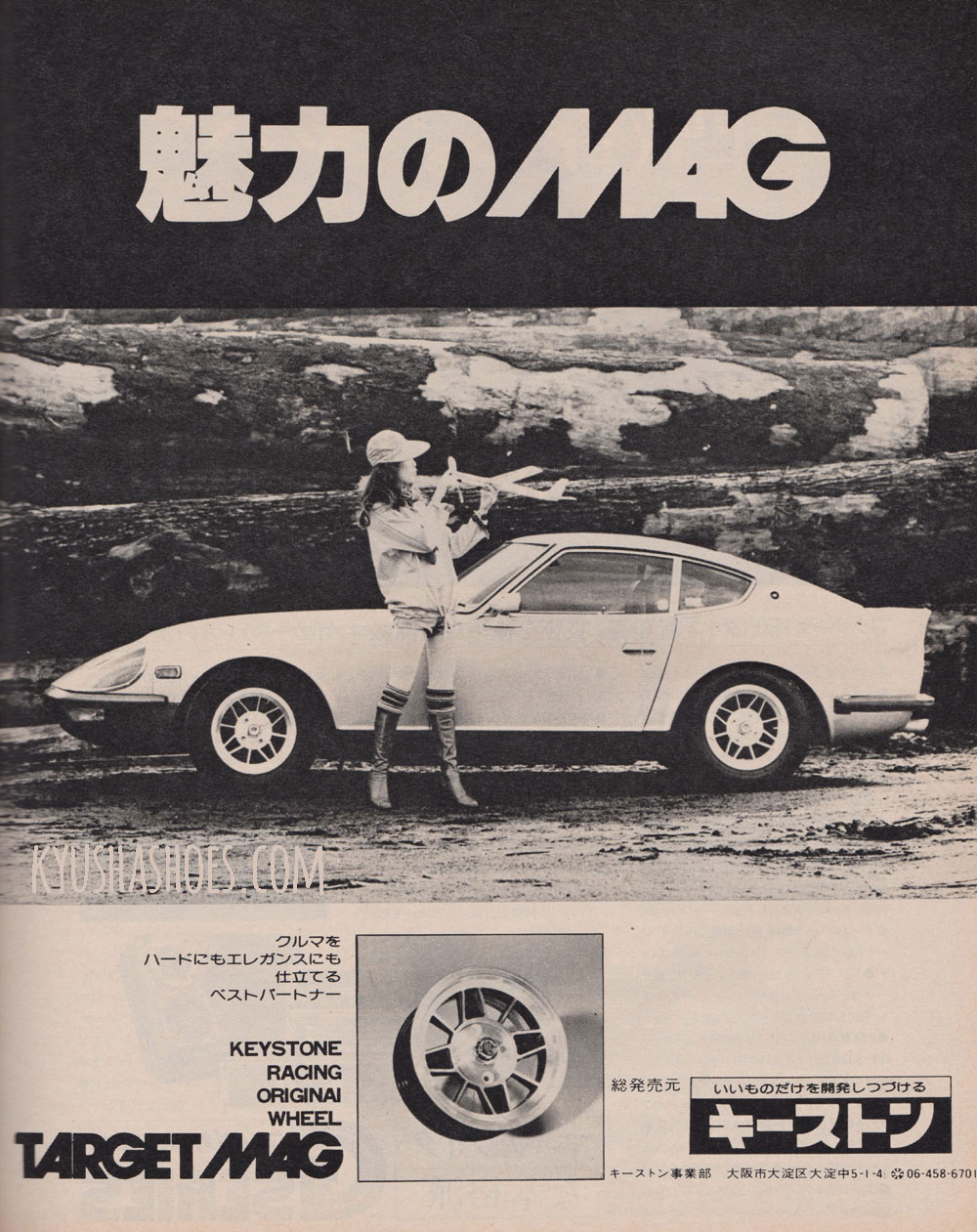 If you’ve found me on Instagram, you will know that I got a nice gift in the wheel last week from Robbie: nine beautiful Motorfan mags from the late seventies. Instant content, and a serious high that made my wife question my alcohol tolerance. The buzz is now wearing off and I’m ready to do some sharing.

Since we’ve been on a bit of a Keystone/Target Racing kick lately, I’ll start with this advertisement from 1979. As little as the name Target Racing is known, Keystone Racing Original Wheels is even less known. Keystone, however, is the overarching brand and manufacturer behind the Target Racing line-up. That line-up appears to have spawned from this Keystone Target Mag, which you’ll note doesn’t actually carry the name “Target Racing”.

The Japanese text in the advertisement translates as follows:

Attractive Mag
Elegant, or hard tune – the best partner to tailor your car.
Sold by Keystone – only developing good things!

I love the fact that the word hard (ハード) gets used in the ad with respect to style or state of tune!

In terms of size offerings on the Target Mag, I wouldn’t say that any of them really fit with what we would consider “hard tune” today, but they would have been reasonably aggressive in a time when 6J was a big OEM size.  A good variety of offsets and PCD options were available though, and the retail price was quite reasonable in comparison to premium brands.  That, however, came with some significant compromises in the mass department.  Compared to the Rays Engineering Xray featured earlier this week, there is approximately a 20% penalty to be paid in kilograms. 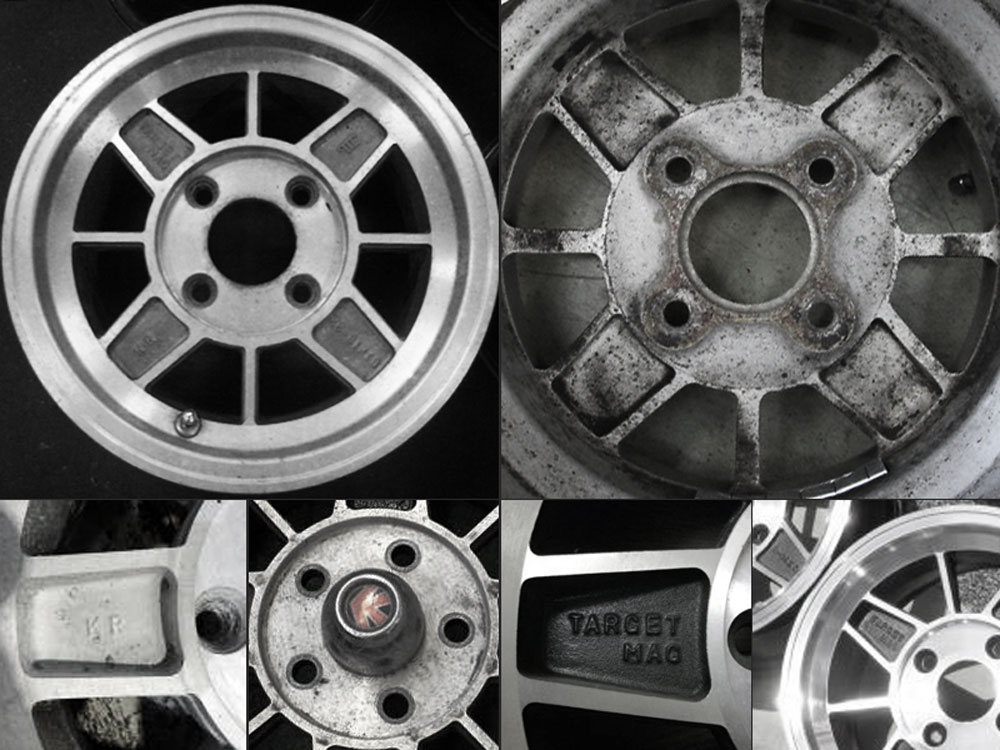 This is a single-piece cast wheel after all, and in terms of weight and performance simply can’t compare with the spun shell sections of modular wheels, and the more complex designs that casting a center individually allows.  Like the Target Racing wheels we have looked at before, the Keystone Target Mag has no identifying marks on the hub pad, or back of the wheel.  Instead, on the wheel face each of the four main spokes has different text cast on them: JWL, “Target Mag”, “K R” and the fourth spoke identifies wheel size and offset.

That said, the Target Mag is still a sought after wheel that today can command as much as 60000円 for larger sizes when in good condition.  The look offered could be considered unique to, but reminiscent of the popular Hayashi Street. Like the Street, which works well in both OEM fitment for Uncle Bob, and hacked and flared shakotan fitment for Tanaka-san, the words “elegant” and “hard” likely do apply to the Target Mag just as the ad suggests.

And as the ad suggests… hard or elegant, your girl will probably be indifferent and do her own thing.  In 1979 she looked at a toy airplane.  In 2016 she looks at her freaking cell phone.  Keystone Target Mag… the best partner to tailor your car.  Maybe the best partner period.